The role of race in misidentification 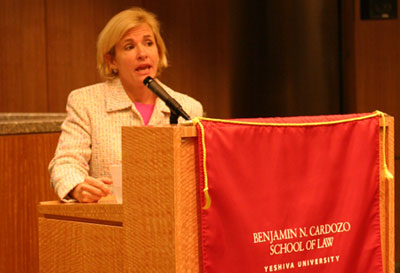 Jennifer Thompson-Cannino (above) knows first-hand how a misidentification can happen. When an African-American attacker broke into her home and raped her in 1984, she made a conscious effort to note the perpetrator’s features so she could identify him later. Thompson-Cannino, who is white, helped police draw up a composite sketch, and then she viewed photographs and identified Ronald Cotton as the rapist. She told the jury she was certain, and Cotton was sentenced to life. But she was wrong.

DNA testing exonerated Cotton after he had served more than a decade in prison. Eyewitness misidentification played a role in more than three-quarters of wrongful convictions overturned by DNA testing, and Thompson-Cannino and Cotton now travel the country telling audiences how it can happen. And she has written a book with Cotton, scheduled for release early next year, about wrongful convictions and their unusual partnership to address the causes of this injustice and reforms to prevent it from happening again.