The Misidentification of David Lee Wiggins 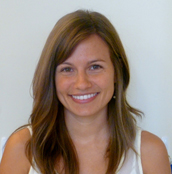 Today’s vindication of David Lee Wiggins provides yet another example of the fallibility of eyewitness-identification evidence.  Wiggins’ 1989 conviction for the rape of a 14-year-old girl in her Fort Worth, Texas, home rested almost entirely on identification evidence: the victim identified Wiggins from a photo lineup, a live lineup, and again in court at the time of the trial.  But we now know that those identifications were mistaken.

Psychological scientists have been conducting research on eyewitness memory for more than 30 years.  This work has not only increased our understanding of how mistaken identifications occur, but perhaps more importantly, it has generated specific recommendations regarding procedures that police can use to maximize the reliability of identification evidence.  Unfortunately, when Wiggins came under investigation in 1988, these recommended “best practices” for collecting and preserving identification evidence were more than a decade shy of their publication and distribution to law enforcement agencies nationwide.

There are three primary ways in which the lineup procedures used in the Wiggins case violated best practices:

1.    The lineups were not double-blind.  When the person administering the lineup knows which lineup member is the suspect and which members are merely fillers (i.e., known-innocent individuals), the administrator can inadvertently—or even intentionally—influence the witness’ decision.  Subtle cues in the form of facial expressions, tone of voice, and pauses can lead a witness to identify the suspect, regardless of whether the suspect was the person who committed the crime.

3.    Lack of proper instructions to the witness.  Research has shown that mistaken identification is less likely to occur when witnesses are warned prior to viewing a lineup that the actual perpetrator might not be present.  Not only were these instructions absent when the witness in the Wiggins case attempted her identification, but the detective had informed the witness that the police “had a suspect”.  Such biased instructions that imply the presence of the perpetrator in the lineup tend to increase witnesses’ propensities to make identifications, thereby escalating the risk that an innocent suspect will be mistakenly identified.

David Lee Wiggins is only one of more than 220 innocent people—38 in Texas—who have been wrongfully convicted based in part on eyewitness misidentification.  At today’s court hearing, several of them stood by Wiggins’ side and celebrated his release.

The Innocence Project continues to lead reform efforts to increase the quality of eyewitness identification evidence in the criminal justice system.  Fortunately, a number of states—including Texas—have adopted some or all of the recommended reforms.  Because DNA is unavailable to test the vast majority of innocence claims, we can never know how many other people are serving time for crimes they didn’t commit. But we can—and must—use scientifically-validated methods for collecting eyewitness identification evidence to prevent future miscarriages of justice.