The Long Road Exonerees Face to Clear Their Records 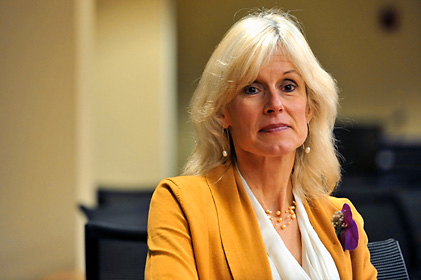 Even after the wrongfully convicted are cleared and released from prison, many of them are still haunted by the injustice and the lengthy period it can take to have it expunged from their records. Despite exoneration, many felony convictions remain on federal databases and become a hindrance as exonerees try to adjust to their newfound freedom, impeding efforts to find housing and employment.


Some states, including New York and Illinois, have a straightforward process for erasing or sealing criminal records after a wrongful conviction. But legal researchers say that most state laws are out of date with the recent waves of exonerations, and require onetime convicts already declared not guilty to once again prove their innocence.

, who served nearly nine years in prison for a rape and robbery DNA testing proved he didn’t commit, was recently denied his petition to have his record expunged. Moto was exonerated in 1996.

Audrey Edmunds, who spent more than a decade in prison for the shaking death of an infant girl before new medical evidence prompted her conviction to be overturned, continues to struggle with the mark on her criminal record, though she was exonerated five years ago.


“I hate it,” said Ms. Edmunds, 52, who now lives in northern Wisconsin. “They put us through enough to begin with. They don’t give us any assistance. I’m glad to be out, but there’s got to be more support. I don’t like having this awful nightmare of a cloud hanging over me.”