The Innocence Project and Authentic Patriotism 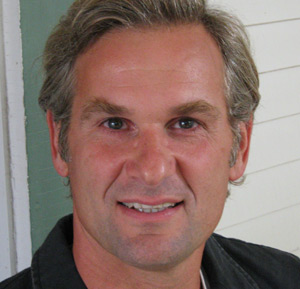 Four years ago I set out to write a book about how to fix America.

At the time the recession had not yet begun, but bookstores were already filled with volumes about how this country was not what it could be. With topics like the vanishing middle-class, clandestine torture, and the irony of rural Americans voting against their self-interests, these books were typically well-researched and convincingly argued.

Unfortunately, they only portrayed the problems; none of them offered solutions. I was convinced that these authors were leaving out the most important part: how to renew a nation, restore its founding principles, and reverse the decay we see in the headlines every day. Eventually my search for answers led me to the Innocence Project. But first I had to go back to America’s origins.

When Thomas Jefferson’s beloved wife Martha died in 1782, he withdrew from the world. Each day he would take headlong rides on horseback, then close himself in his library to grieve in solitude. Eventually George Washington beguiled him back into public life, for which Jefferson was forever grateful. In later years he wrote to his daughter Polly that separating from society rendered him “unfit” because it was the opposite of how a democracy worked. This new form of government required the involvement of every person, or it could not thrive anymore than a monarchy could function without a king.

Jefferson’s insight set me on my path. I began looking for people who possessed an inner idea of what America ought to be, and a personal desire to make that ideal a reality despite the cynical spirit of the time. I called these people authentic patriots. The good news – great news, actually – is that I found plenty of people who fit that description.

• Jack McConnell MD could not enjoy retirement in Hilton Head, South Carolina, when he knew that the people maintaining the golf courses he played did not have access to health care. He founded Volunteers in Medicine, a free clinic staffed by retired doctors and nurses, which succeeded so well there are now 78 clinics nationwide.

• Majora Carter learned that the South Bronx was not only the nation’s poorest urban area, it also had the worst air quality. She founded Sustainable South Bronx – which trains people with minimal job skills to perform wetlands restoration, horticulture and green roof installation. Hundreds of people who had been in jail or on welfare now have green jobs, and the South Bronx has new parklands.

• Jenifer Estess was 35, the same age as Lou Gehrig, when she learned she had the same disease that killed him – and every other person who ever received that diagnosis. With her sisters, she founded Project A.L.S., which has not only funded promising new studies, it has revolutionized scientific research.

Then I found out about Peter Neufeld and Barry Scheck. Their success in using science to free people wrongly jailed was one of the most troubling examples of imagining a better America. When a person spends decades in prison because of indifference and haste, it troubles the conscience in a deep way. As more people won their freedom, they raised legitimate questions about the quality of justice in the country with the highest incarceration rate on earth. The moral power of exonerations – now coming at a pace of one every 17 days – compels us all to dwell on how much more just a nation we could be.

for lengthy interviews in which he shared his amazing ordeal.

, though ultimately he did not appear in the book, nonetheless educated me about the suffering that injustice inflicts. The staff at the Innocence Project had an equally strong impact on me, because of their unwavering commitment to the ideals of justice, and their work to make America what it ought to be.

” came out today. The longest chapter (I say this with pride) is about the Innocence Project. If this nation were home to even a few thousand patriots of the caliber of the Innocence Project’s founders and staff, we would soon become the land of which Jefferson dreamed, and for which the world yearns.

Buy your copy of “Authentic Patriotism” via

this link to Amazon.com

and a portion of the purchase will support the Innocence Project.