The Cost of Faulty Forensics 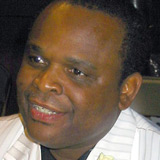 Two years ago this week,

(left) was officially exonerated of a Texas rape after serving 12 years in prison.

DNA testing could have been conducted before his trial, but an analyst from the Houston Police Department Crime Lab testified incorrectly that there was no biological evidence to test. It would be more than a decade before this error was corrected.

Early in the morning of May 28, 1993, a woman awoke in her Houston apartment to find a man holding a knife to her neck. She was unable to break free, and the man raped her on her bed before fleeing the apartment. During the investigation, Houston police officers collected the sheet from the victim’s bed, specifically noting a wet spot. Although the woman initially said she could not identify the perpetrator, she was allowed to watch a videotaped lineup at her home nearly six weeks after the crime, where she picked Taylor, after suddenly remembering that the perpetrator had a missing tooth.  In 1995, Taylor was convicted by a jury of sexual assault and sentenced to 60 years in prison.

The Innocence Project took on his case in 2006 and sought DNA testing on the same sheet that reportedly contained no evidence to test. Semen was identified on the sheet and, and the results didn’t only exonerate Taylor, they also pointed to the identity of the real perpetrator.

Taylor’s case underlined ongoing forensic problems in Houston. In 2002, the HPD Crime Lab came under scrutiny for faulty forensic practices and the DNA lab was shut down while an independent review was conducted. The review revealed startling deficiencies in the DNA unit, ranging from poor documentation to serious analytical and interpretive errors that resulted in highly questionable results through the use of inaccurate and misleading statistics.

According to the review, standard operating procedures “consisted of procedures and reference materials cobbled together over time without periodic re-evaluation and reorganization. There were few technical reviews of analysts’ work, including review of their test results, interpretation of data, and reporting.” The lack of oversight likely resulted in serious misconduct, including at least  four cases of fabrication of scientific results, called “drylabbing,” which the report called the “the most egregious form of scientific misconduct that can occur in a forensic science laboratory,” and a “hanging offense” in the scientific community.

Although the Houston lab has made strides since 2002, such as receiving national accreditation in 2006, it still has a long way to go. The lab closed again in 2008 after its chief resigned over staff training problems. Recently, new questions have been raised about the lab’s fingerprinting procedures. Taylor is one of three people exonerated through DNA testing after being wrongfully convicted based on faulty tests from the lab, and

another pending case could lead to an exoneration

Meanwhile, in the two years since his release, Taylor has begun to build a new life. Shortly after being freed, he married his long-time fiancée, Jeanette Brown. The couple lives in Atlanta.