The Constitutional Right to DNA Testing: Resources in the Osborne Case 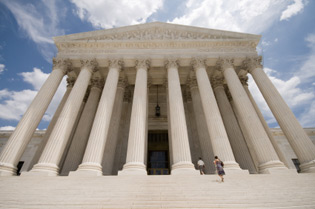 Osborne’s federal petition for DNA testing was heard by the U.S. Supreme Court in 2009. On June 18, the court ruled 5-4 that his constitutional rights were not violated by the state’s denial of testing. The Innocence Project believes that while this decision is disappointing and flawed, it will have a limited impact.

, along with other resources from the case.


Amicus Brief from the United States of America


Amicus Brief from the City of New York


Amicus Brief from the city, state and county associations


Opinion from U.S. Circuit Courtof Appeals for the 9th Circuit

The Constitutional Right to DNA Testing


For Media Inquiries or further documents from the case, please contact Eric Ferrero at 212-364-5346 or [email protected]