“The Central Park Five”: A Telling Account of Injustice and Lives Restored 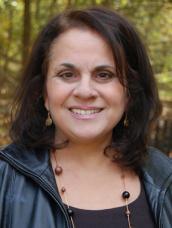 
Among this year’s honorees at the

are Sarah Burns and David McMahon for producing and directing, along with Ken Burns, the award-winning documentary, “The Central Park Five.” The film chronicles the rape and beating of a woman jogger, followed by the wrongful convictions of five teenage boys between the ages of 14 to 16 years old who served between five to 11 years for a crime they did not commit. Their convictions were caused by a toxic mix of race, police and prosecutorial tunnel vision, false confessions and media frenzy.

Even though there was DNA evidence excluding the five teenagers, prosecutors and the press dismissed this powerful evidence because the false confessions had already shaped the story’s narrative. In 2002, the charges were vacated by District Attorney Robert Morgenthau after Matias Reyes, a convicted murderer and rapist, admitted that he alone was responsible for the attack on the jogger. Jim Dwyer, a

columnist who worked for

at the time, said, “’The story was like a centrifuge. Everyone was pinned into a position — the press, the police, and the prosecution — and no one could press the stop button.’”

The Burnses and David McMahon finally pressed the stop button with their remarkable documentary.

Unlike the wrongful arrests, prosecution, and convictions of Korey Wise, Yusef Hawkins, Antron McCray, Raymond Santana and Kevin Richardson, the vacated convictions were not front page headlines or lead stories on the nightly news. Until the film, their innocence had been a source of public confusion. I asked Raymond Santana about the film’s impact on his life. He said, “Before the movie, a lot of people assumed we got off on a technicality; it wasn’t a full exoneration. Now people stop us in the street to talk to us, to apologize. People connect with us. People are crying and upset and take pictures with us. It becomes like you are accepted back into society; I am a New Yorker again.” The film restored their relationship to the public, and presents the five youth — now men — as they were, ordinary kids from working class families, beloved by their parents who were overwhelmed by the powerful forces that decided their children were guilty.

Lynnell Hancock, who teaches at Columbia Graduate School of Journalism and appears in the film, chronicled the media’s involvement in a 2003 piece in the

. In her article, “Wolf Pack: The Press and the Central Park Jogger,” she says, “City editors pitched in and drafted a powerful story line on the order of ‘Heroic Woman versus Feral Beast.’ David Krajicek, who covered the rape as police bureau chief for the

, recall[ed] that reporters were under tremendous pressure to say true to the top-down narrative.”

The five teenagers were called, “a wolf pack” and were accused of “wilding,” a made-up term used to describe a gang running wild. They and their families endured a sustained attack that included Mayor Koch calling the teens monsters and Donald Trump taking out four one-page ads calling for a return to the death penalty.

The Innocence Project considers each exoneration a learning moment for the criminal justice system. In this case it appears to have been a learning moment for the press. According to Ms. Hancock’s article, “a group of journalists and city officials, prompted by the Central Park jogger case,” began to meet to discuss the issues raised by the case including race and the need to stay true to the story line. In the context of this case, the film has helped to redeem the media. If the coverage at the time could be among the profession’s worst moment, the film is certainly an example of its best.