The Barnes Family Celebrates the Holidays 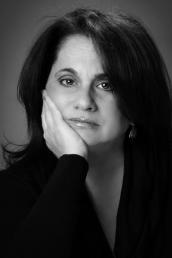 This holiday marks the sixth anniversary of Steve Barnes’ release from prison after serving over 19 years for a crime he did not commit.


In 1986, 16-year-old Kimberly Simon was raped and murdered.  Three years later, Steve Barnes was wrongfully convicted of the crime. The cause of the wrongful conviction was junk science and informant testimony.  He was 19 years old at the time of his arrest —  42 upon his release.

“It was as if the whole family was exonerated,” said Sylvia Barnes, Steve’s mom, whose friendly, sunny manner belies a steely determination that held the family together throughout the 20-year ordeal.

Before Steve’s wrongful conviction, Sylvia enjoyed a rich life as a wife, mother and professional.  She and her husband Stanley had five children: David, Lisa, Steve, Shelley and Shawn.   Stanley Barnes was a carpenter and member of the local union.  He built the family home where Sylvia still lives, which has three bedrooms, a finished basement, five acres and a vegetable garden.  Steve followed in his dad’s footsteps as a professional carpenter.  The Barnes’ were active in the Catholic Church in Marcy, New York.  Thanksgiving and Christmas were major events, with presents, great food, decorations and large family gatherings.

Steve was 15 years old when his father passed away.  Several years later, two tragic events occurred on the very same day.  Steve’s older brother David died of complications from pneumonia and Steve was wrongfully arrested for the murder of Kimberly Simon.

Steve became a suspect based on eyewitness accounts that his truck was in the area near the crime scene.  He was arrested two years later.  At his trial a year later, a criminologist testified that the victim’s jean pattern matched a pattern on Steve’s truck and that two hairs found in his truck were similar to that of the victim.  Neither assertion is based on valid science. The prosecution also introduced testimony from a jailhouse informant who said Steve confessed while in jail, even though the informant was several cell blocks away from Steve and could not remember when or where the confession took place.

Sylvia never doubted Steve’s innocence. With the help of her community, she held a fundraiser to help pay for Steve’s legal bills. The Barnes family did everything in their power to fight the charges.  Steve’s sister Lisa contributed $3,000 for legal fees and, during Steve’s incarceration, $100 every month for the prison commissary.  For the next 19 years, Sylvia visited Steve every Saturday, a trip that took three hours each way. Sylvia said the most painful part of the visit was hearing the bars close behind her when she left. Throughout Steve’s incarceration, the family did not have a formal Christmas dinner or a tree.

Sylvia learned about the Innocence Project from a segment on the Phil Donahue Show.   She was only the 18th person to write to the organization, asking for help.  The IP took on the case, but the DNA testing at the time was inconclusive and the case was closed. Steve’s brother Shawn later learned that IP Co-Director, Peter Neufeld was attending a conference in Massachusetts. Shawn sought him out, and asked him to consider reopening the case.  When the IP performed a second round of DNA testing, the results exonerated Steve.


Sylvia learned from the IP that Steve would be home for Thanksgiving that year.  She told her family that the nightmare was over. It wasn’t official, however, until the shackles on Steve’s legs were removed in the courtroom.

Upon release, Steve expressed wonder at things people often take for granted on the outside, like how tall the trees had grown.  The holidays are now celebrated at the Barnes home with the same joy as before Steve’s wrongful conviction.

Sylvia has since devoted herself to speaking out about wrongful convictions. She has been to Albany to advocate for laws which protect the innocent and has spoken at Bar Association events, colleges and Innocence Project briefings.  She is a source of strength for other families suffering through a wrongful conviction and its aftermath.

This holiday season, all of us at the Innocence Project are deeply grateful to Sylvia and all the families whose courage and sacrifice are helping to bring integrity to our criminal justice system and working for a more just nation.