A Big Thanks to Innocence Project Ambassador Joan Baez 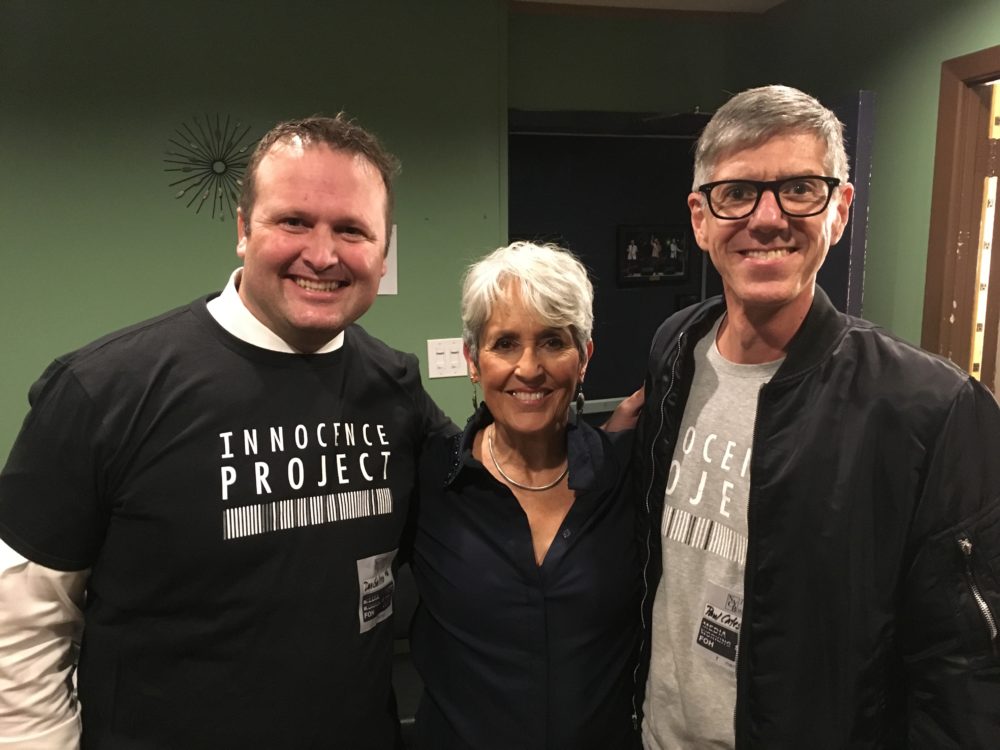 Last night marked the first of four nights that Innocence Project staffers and volunteers attended concerts of folk legend and Innocence Project Ambassador Joan Baez. It was an amazing concert. She performed many of the songs for which she is famous, such as “It’s All Over You Baby Blue,” “Diamonds and Rust,” “There but for Fortune” and “Joe Hill,” among many others. A highlight of the evening was her Prison Trilogy which she introduced by speaking passionately about her collaboration with the Innocence Project and members of the Innocence Network. Baez has been a staunch criminal justice advocate for her entire distinguished career. It is an honor that she has chosen to highlight the work of the Innocence Project and Innocence Network members on each stop on her tour. Before the concert, I, along with the Innocence Project Volunteer Coordinator Donna Kenton and three hard-working volunteers, greeted concert goers to educate them about our work and get their support for our and Capital Collateral Regional Counsel’s client Clemente Aguirre who is currently on death row in Florida for two murders that extensive DNA testing has revealed was committed by another suspect.

You can learn more about Aguirre’s long struggle for justice here.

If you attend one of Baez’s concerts, which I strongly urge you to do (more info here), please stop by and say hello the Innocence Project or other Innocence Network project volunteers.

Related: The Exoneree Band Inspires at Cleveland’s House of Blues