Seven Texas state lawmakers from both sides of the aisle visited Ms. Lucio in prison. 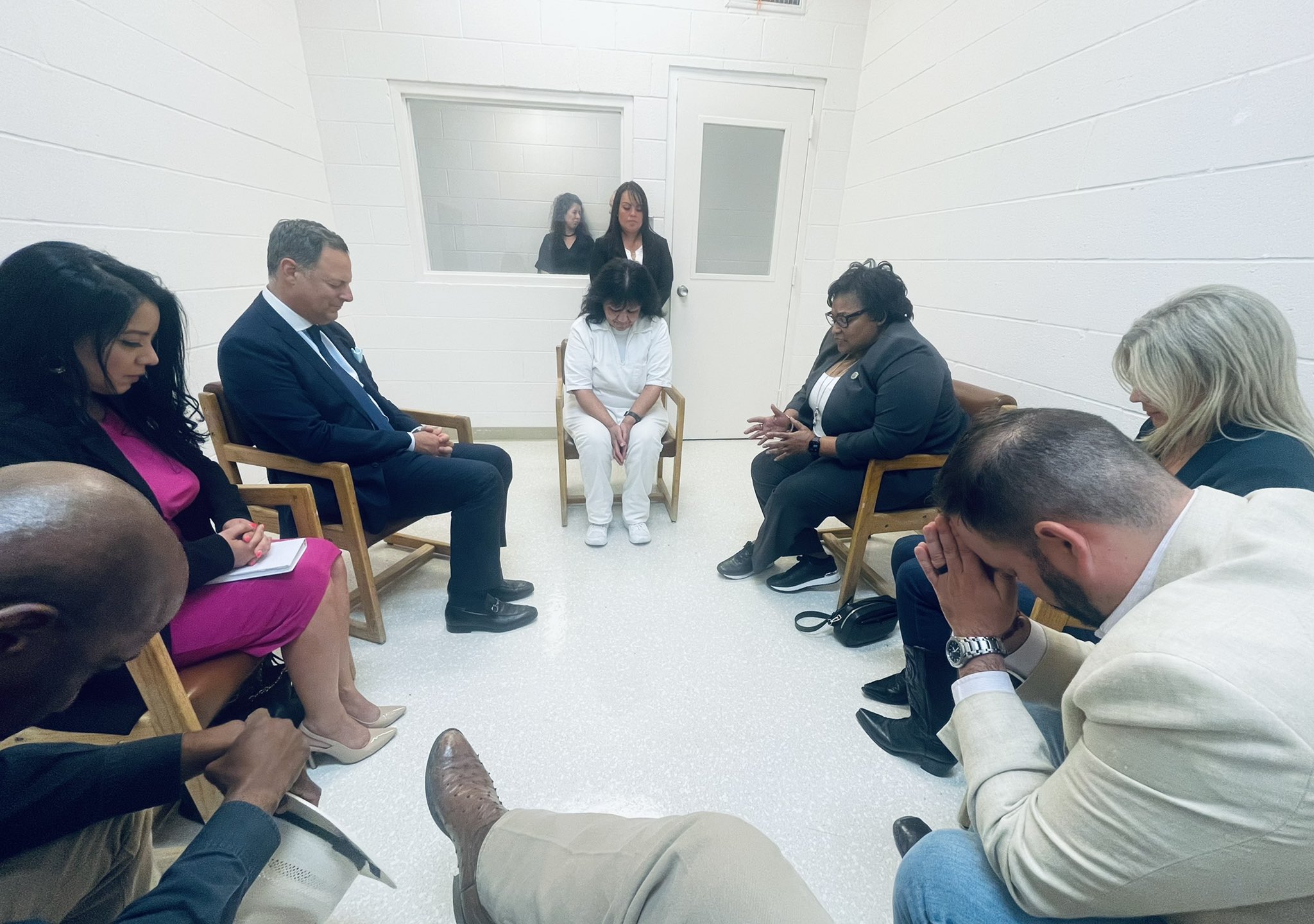 Earlier this week, a group of Texas lawmakers from across the political spectrum visited Melissa Lucio in prison, where she is on death row and is scheduled to be executed on April 27.

“We are blessed to have the opportunity to meet with Melissa, to pray with her, to spend time with her and we’re more resolute and committed than ever to fighting over the next three weeks to save her life,” said Rep. Leach.

Ms. Lucio was wrongfully convicted and sentenced to death after her 2-year-old daughter, Mariah, died in 2007 following an accidental fall down a staircase when the family was moving homes.

Ms. Lucio was immediately taken into custody by the police and aggressively questioned for hours. Although she asserted her innocence more than 100 times, police interrogated her for five hours two hours after her daughter died. Around 3 a.m., Ms. Lucio, exhausted and in shock from the loss of her child, agreed, falsely, to take responsibility for some of Mariah’s injuries. Ms. Lucio, a life-long survivor of abuse, succumbed to the detectives’ demands to bring the nightmarish interrogation to an end.

The abuse Ms. Lucio suffered throughout her life made her especially vulnerable to the police’s coercive interrogation tactics. But her defense was not allowed to present any of this evidence at trial. Her attorney failed to mount a proper defense or present evidence pointing to her innocence.

3 weeks ago I watched #MelissaLucio on tv, moved by her story. Today, 6 other reps and I met her in person. She prayed with us & hugged us; today might be the last genuine human contact she has before the state kills her. Three more weeks is all we have to save her life. #txlege pic.twitter.com/NQJ4ZBiu7M

There are so many doubts around Ms. Lucio’s case, and others are starting to take note. Last month, a bipartisan group of 83 Texas House members, spearheaded by Rep. Leach and Rep. Moody, sent the state’s Board of Pardons and Paroles and Gov. Greg Abbott a letter asking them to stop the execution of Ms. Lucio by granting her a reprieve or commuting her sentence. Johnny Galvan Jr., a juror in Ms. Lucio’s trial, expressed his regret for voting for Ms. Lucio to receive the death sentence in a Houston Chronicle op-ed published on April 3.

The seven Texas lawmakers toured the prison and then met with Ms. Lucio for 40 minutes where they all came together and prayed. In a tweet, Rep. Moody said, “She prayed with us & hugged us; today might be the last genuine human contact she has before the state kills her.”