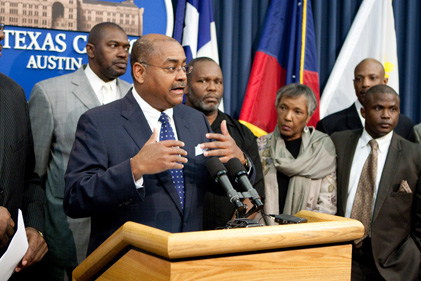 
Innocence Project Board Chair and Texas Sen. Rodney Ellis has proposed legislation to require the electronic recording of police interrogations, a policy that has been shown to prevent false confessions from becoming wrongful convictions. The recording bill was suggested by the Timothy Cole Advisory Panel on Wrongful Convictions, which made policy recommendations based on its review of overturned convictions.

Nationally, false confessions have contributed to approximately 25% of the wrongful convictions overturned by DNA evidence. Nineteen other states and the District of Columbia already require some recording of interrogations.

Though some members of law enforcement support the reform, the Houston Police Officers’ Union testified against similar legislation last year. Senator Ellis told the Texas Tribune: “My hope is that those that have opposed it in the past will come around.”