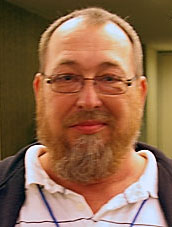 Almost two months after former Tennessee inmate Randy Mills was exonerated of rape, he spoke to the

about his resolve to clear his name during the more than 11 years that he was wrongly imprisoned.

“We kept on it. . . . I wasn’t about to give up on anything until I proved my innocence on it,” He said to the paper.

Mills, convicted in January 2000 of raping a child and of aggravated sexual battery for an incident that was said to have occurred on March 15, 1999, when the accuser was 12 years old, was cleared of all charges on April 4 of this year. The dismissal was in response to a November 2013 decision by the Tennessee Court of Criminal Appeals decision ordering a new trial for Mills based on new DNA evidence proving his innocence.

reports that the growth of DNA technology has proved to be one of the most important tools in starting the exoneration movement, particularly in sex crimes and murders with biological evidence.

Innocence Project Staff Attorney Bryce Benjet said, “Part of it is just the number of DNA exonerations. . . . These are difficult cases to dispute. There’s hard, scientific evidence. As those pile up, case after case after case, it just becomes hard to deny that there’s a problem here.”