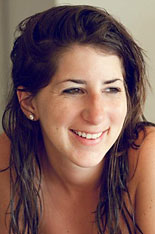 The Innocence Project is thrilled to participate as an ING NYC Marathon charity partner again this year.


On Sunday, November 3, 2013, a team of 10 people will run for the Innocence Project in the ING New York City Marathon, raising awareness about wrongful convictions and fundraising to help free the innocent.

Each member of the team commits to raising a minimum of $3,500 and receives:

All spots on the team have been filled

. If you already have guaranteed entry for the race, but would like to fundraise to support the Innocence Project, please set-up a fundraising page on

I am deeply inspired and moved by the work of the Innocence Project. At a young age, I was disheartened by the American criminal justice system after reading the biography of Rubin ‘Hurricane’ Carter called The Sixteenth Round. Through Rubin’s tragic story, I discovered that the system I was taught to be inscrutability proud of could steal the life and dignity of an innocent man. Rubin was wrongly imprisoned almost 50 years ago, and yet there is still a lot of work that needs to be done today to right the wrongs in our prison system around the nation. Through DNA testing, The Innocence Project is exonerating wrongfully convicted individuals and reforming our broken criminal justice system. I could not pick a better organization or a more personally meaningful issue to run my first marathon for. I am honored to serve as a delegate for The Innocence Project at the 2013 New York City Marathon.

I have followed the Innocence Project for years after becoming interested in the cause. What first sparked my interest in the wrongly convicted was a documentary called Paradise Lost chronicling the details surrounding the arrest and subsequent conviction of the West Memphis Three. I followed the stories of these three men from that time until they were recently freed.


In my position as a Probation Officer I am intimately aware of the cost of incarcerating people. My sole professional existence revolves around trying to keep people out of jail and prison. Unfortunately, some people do not do what is required of them and I am forced to send them to jail or prison on a regular basis. I am very fortunate to work alongside many skilled and dedicated legal, judicial and civil professionals. I believe in our Justice system. I believe in it, not because it is perfect and incapable of making mistakes, but because of the passionate people within that system who work tirelessly to correct any mistakes that other well intentioned and equally passionate people may make in the performance of their sworn duties. Like them, I am heartbroken by fact that innocent people languish behind bars. I truly believe that when an innocent person is imprisoned, or unimaginably worse, executed, our entire society is intrinsically damaged.


I am running the New York City Marathon to raise awareness and raise money for this cause and will do everything in my power and more to not only meet my fundraising goal, but to surpass it to benefit wrongly convicted persons around the United States.


I am an active duty captain in the Marine Corps, a Naval Academy graduate, and an AV-8B Harrier pilot. I am also in the University of Michigan’s National Registry of Exonerations (NRE). In a court-martial four years ago, I was wrongly convicted (details in the NRE), and I spent one year in confinement. In 2012, justice was finally served when the court – only one step below the U.S. Supreme Court – unanimously voted to not only overturn the conviction but also to dismiss the case with prejudice.

This event has taught me that those of us in the military have to advocate for the entire Constitution – not just the parts that conveniently support our opinions in an argument. If we fail to do so, then our oath to support and to defend that document is just lip service.

Having not run a marathon in some time, I look forward to using this effort to help advance the work of the Innocence Project so that other innocent Americans can be shielded from the same injustice. New York will be my fourth marathon, where I run 26.2 unrestrained miles simply because I can, symbolically showing that I am no longer a victim of injustice. Instead, I am a victor over it.

I learned firsthand what it is like to be wrongly accused. Back in 2009, I was arrested for a crime I did not commit. I was misidentified by an eyewitness, handcuffed, brought to jail, and put behind bars. I never experienced the presumption of innocence that we all believe exists in this country. Days later I was finally freed, the experience left me shaken and also made me realize how fortunate I was to have the means to prove my innocence. That’s why I am inspired to raise money and awareness for this worthy cause. No one should go to prison for something they did not do.


I am an independent filmmaker and a co-founder of a Brooklyn-based film production company, Buffalo Picture House. I became aware of the Innocence Project through my girlfriend, a member of the Young Professionals Committee. As she has shared the stories of various exonerees with me, I’ve felt inspired to get involved in the cause. Running a marathon has been on my bucket list since high school cross country, and running for the IP is the perfect way to accomplish that goal, while supporting the amazing work of this organization.


I have been an avid runner since high school, but before this fall had never had the opportunity to run a marathon. I’ve also been a longtime supporter of the Innocence Project, and my uncle, Professor Jules Epstein, has contributed extraordinary efforts to the Pennsylvania Innocence Project in Philadelphia. Running NYC with the Innocence Project team is the perfect way to combine these two passions.

About me: I am a senior at Brandeis University, a community that emphasizes social justice, and which has an active Innocence Project chapter. This past summer I worked on socially sustainable banking in Johannesburg, South Africa, as a part of a research team from Hertford College, Oxford, where I spent my junior year abroad, representing one more effort at social justice. At this point next year I hope to either be in a graduate economics program, possibly focusing on development economics, or working in the field. Just maybe, in a few years, I’ll be in law school, and will have the opportunity to work on Innocence Project cases.


I was a competitive long distance runner throughout high school and raced a bit in college as well. Running a marathon has always been a goal, but one that I consistently find reasons to delay. When I started working for the Innocence Project this past June and heard about the IP marathon team, I began thinking seriously about my goal once again. The opportunity to support the IP in yet another facet was too exciting to pass up and thus, my journey began! I couldn’t be more excited to join my coworkers Vanessa and Liz and the rest of the IP marathon team in this pursuit. To run for a cause that I am deeply passionate about makes it all the more thrilling. My entire life perspective has been deeply affected by the work I witness here every day; never have I encountered a group of people more selfless and dedicated to affecting change. The fantastic efforts of my coworkers and everyone who advocates for the wrongfully convicted will motivate me to cross the finish line!


I’ve completed several marathons in the past (very slowly, and just for the love of running and the camaraderie of the event), however, since I don’t love fundraising, I’ve never run for a charity before.


Ever since I first learned about the phenomenon of false confessions, I’ve been troubled by the injustice of wrongful convictions. I admired the Innocence Project’s work for years before I joined the staff, and since being hired as a Research Analyst, I’m even more inspired. On a daily basis, I help collect and analyze data about exonerees and their cases, and I stay up-to-date on academic literature that provides insight into factors that contribute to wrongful convictions. I’m surrounded by bright, dedicated co-workers who are passionate about social justice, and I’ve had the pleasure of meeting some of our exonerees who – while they each have unique experiences and perspectives – never fail to impress me with their enormous strength and grace.


Because of all these amazing people, I’m absolutely thrilled to be part of the Innocence Project’s NYC Marathon team. Looking forward to wearing the IP logo on race day!


I’ve wanted to run a marathon since middle school, and was well on my way to completing this goal when I was seventeen years old, but a horrible case of conjunctivitis put me out of commission for six weeks. By the time I was ready to train again, I had lost any motivation to run 26.2 miles. My marathon aspirations have stayed on my bucket list, but I could never find the drive to actually commit to training for it. Then I started working for the Innocence Project and when we decided to create a marathon team to raise money for the IP, I immediately signed up. I honestly can’t imagine a more passionate group of people, a more dedicated organization, or a more inspiring cause than the Innocence Project and the innocence movement in general. What IP does every day for so many wrongly convicted people – that’s truly difficult work. Running a marathon is a breeze comparatively (Kidding! It’s probably one of the hardest things I’ve done in my life – but worth it).