Survivors of wrongful conviction cast their ballot in historic midterm election, some for the first time ever 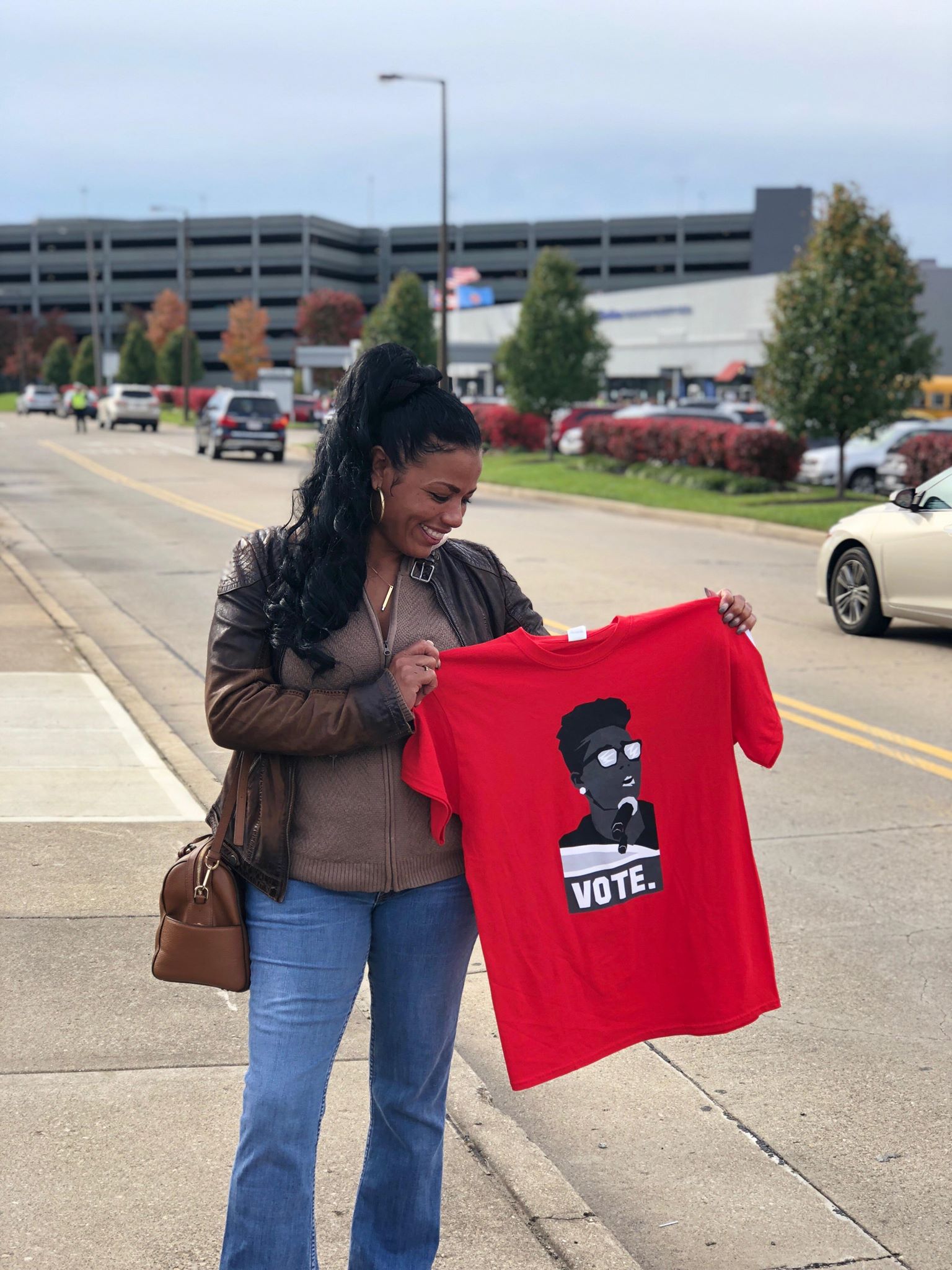 Tyra Patterson moments after voting for the time in her life.

An astounding 113 million people turned out to vote yesterday in perhaps one of the most contentious midterms elections in history, determining key races from attorney general to governor around the country. For some people, like Tyra Patterson, Carlos Sanchez, Stefon Morant, Kevin Bailey, and Rodney Roberts it was the first time in their life they had the right to vote after decades of wrongful incarceration.

Related: After 38 Years in Prison, Frederick Clay will be Voting for the First Time in his Life

With the exception of Vermont and Maine, all states exclude incarcerated people from the democratic process. Take a look at how voting felt to first-time voters and returning voters from the innocence community.

“I just voted for the first time and it felt great!” —Kevin Bailey, exonerated on January 30, 2018 #electionday pic.twitter.com/GPZYYOnt5S

Tyra Patterson, freed in 2017 after 23 years in prison

“People didn’t realize I could vote because I am on parole in Ohio, but parolees have the right to vote. I made it my priority to make sure other parolees registered too! Your voice matters!”—@tyra_imani, a first-time voter, rep’ by @ohiojpc https://t.co/418Z85i4bW #electionday pic.twitter.com/MmHd1Txp1s

“32 years later and got my first chance to vote publicly.” —Darrell Jones,@CPCSnews, freed in January after 32 years in prison #ElectionDay pic.twitter.com/kcjrOxYi9t

Carlos Sanchez, freed in 2017 after 25 years in prison

“Since I’m not fully exonerated yet, I feel like voting is just another small step of my re-integration into life outside of prison.”—Carlos Sanchez, #electionday pic.twitter.com/E6GfR72THb

“We can’t keep complaining, we got to do something! I did and so should you. exercise your right and vote.” —Tony Wright, #electionday pic.twitter.com/OrIw97SZOs

“50 years of life and it’s my first time voting. I almost cried. Freedom what a feeling … Dr. Martin Luther Kings Jr.’s legacy was not in vain.” —Stefon Morant #electionday pic.twitter.com/41ojbfScHS

Anthony Ray Hinton, freed in 2015 after 30 years in prison

For 30 years, Mr. Hinton was stripped of all his rights while he sat on Alabama death row for a crime he didn’t commit. Today, he arrived at the polls at 7am and exercised his right to vote. pic.twitter.com/ObYX2luiP4

Rodney Roberts, freed in 2014 after 20 years in prison

“In NJ and a number of other states, those on parole or some probationary term are prohibited from voting … so many voices are unheard. New legislation should be passed to give back the voice to the voiceless.” @RodneyRob2014, #electionday pic.twitter.com/srHZaxAGqO

Yusef Salaam, freed in 2002 after nearly 7 years in prison

“#Ivoted today and I felt like I was part of the solution. It was amazing to feel included.” —@dr_yusefsalaam pic.twitter.com/hTLn5c5I7s

Kirk Bloodsworth, freed in 1993 after 8 years in prison