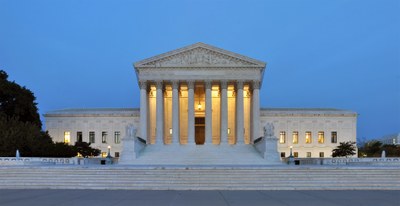 In a 6-2 vote earlier this week—with Justices Alito and Thomas dissenting—the United States Supreme Court reversed the death row conviction of Michael Wearry, who was convicted in Louisiana of a 1998 murder. The court’s decision was based on new information indicating that prosecutors on the case neglected to share evidence that “undermined the credibility of its star witnesses,” reports Bloomberg BNA.

There was no physical evidence linking Wearry to the 1998 murder of a 16-year-old Eric Walber, who was beaten to death and found on the side of a country road in rural Louisiana. In addition, Walber had an alibi for the time of the crime. His conviction was based on the testimony of a prison informant, which was corroborated by a second prison informant, who implicated Wearry. But at the Supreme Court justices pointed out, there were holes in the informants’ testimonies that raise questions as to whether they were reliable witnesses.

According to Bloomberg BNA, one of the informants “changed his account of the crime over the course of four later statements, each of which differed from the others in material ways.” Also, the prosecutor failed to share that another person had overheard one of the informants say in prison that “he had it in” for Wearry.

“The State’s trial evidence resembles a house of cards, built on the jury crediting Scott’s [the informant’s] account rather than Wearry’s alibi,” said the court, according to Bloomberg BNA.

To learn more about the case, check out the entire story here.