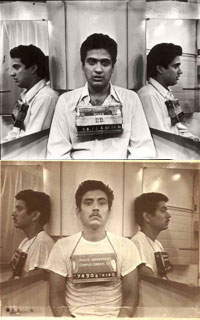 Liebman is the co-author of a recent Columbia Human Rights Law Review report challenging the conviction of Carlos DeLuna, a young Latino man, who was executed by the state of Texas in 1989 for the murder of Wanda Lopez. The report highlights systemic flaws in the criminal justice system that assisted in securing DeLuna’s conviction. Perhaps the most striking aspect of the case was the speed with which it advanced through the court system. The process—from arrest to execution—took only six years.

From the time of his arrest, DeLuna consistently maintained his innocence, and even gave the name of the man who he saw commit the crime: Carlos Hernandez. This claim was dismissed entirely, with a federal judge concluding that Hernandez had likely never existed. With further investigation—and therefore more time and money—police would have discovered that Hernandez was not only real, but a violent felon who was well-known to the police. Writes Liebman:


“DeLuna’s case disproves the myth that we can save the death penalty by generating more ‘quick and dirty’ executions. The death penalty is broken. At great effort and expense, states such as California have tried every measure to fix it, but they have failed. The only solution is to end it.”


Read more about the DeLuna case