What to Watch While You’re Social Distancing

These powerful films, documentaries and mini-series will keep you engaged for hours. 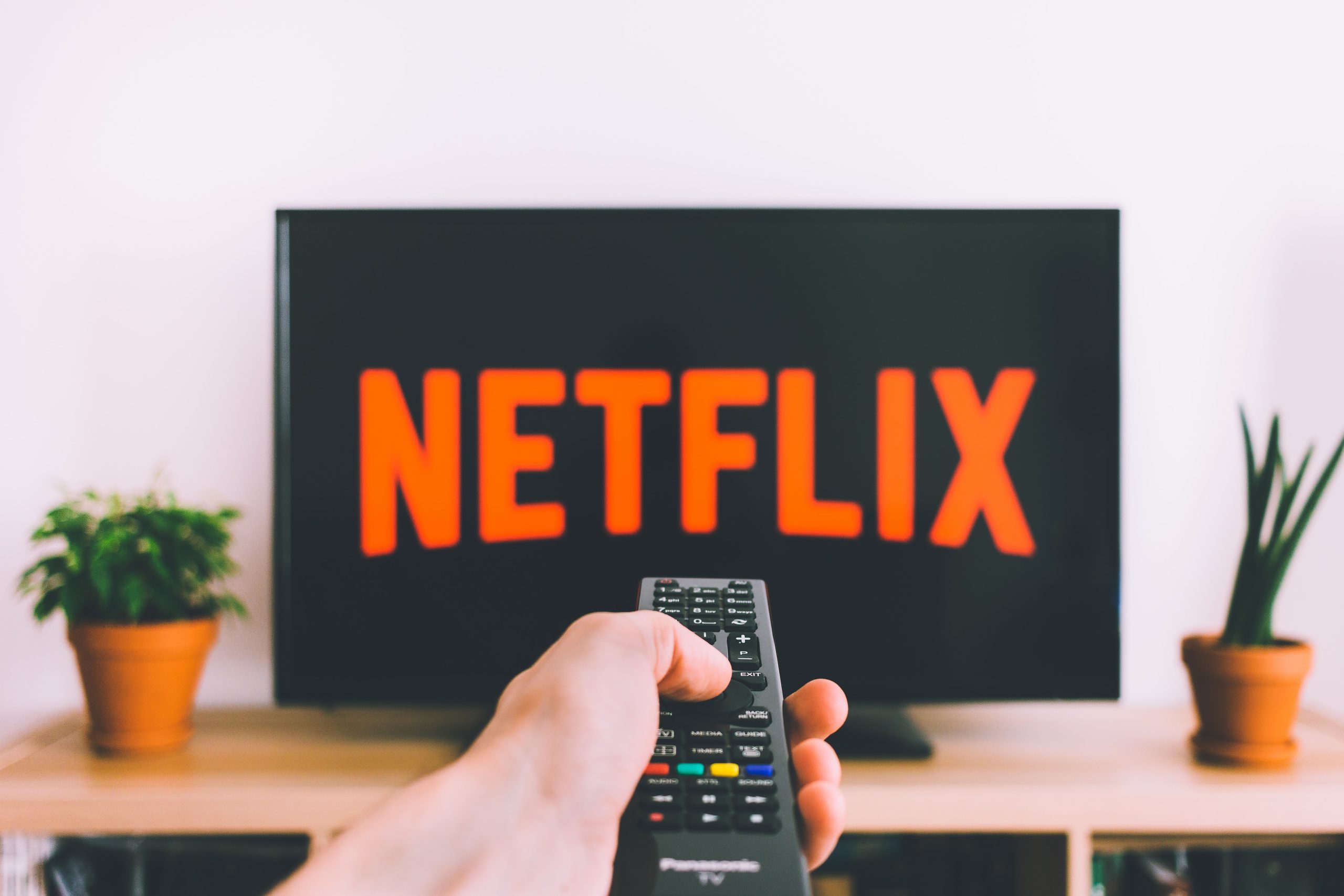 As people around the world are wisely practicing social distancing to help slow the coronavirus pandemic, many are turning to streaming platforms to keep themselves entertained and educated.

The best thing people can do to help combat COVID-19 right now is to stay home if you are able, avoid close contact with others and wash your hands often, according to the Centers for Disease Control and Prevention. Unfortunately, the vast majority of incarcerated people across the U.S. are unable to practice these measures. Incarcerated people are typically detained in close proximity, hand sanitizer is considered contraband and soap may only be available if purchased.

Dozens of incarcerated people have already tested positive for the coronavirus at New York City’s Rikers Island. The Innocence Project, ACLU and many other advocacy groups have been increasingly concerned about the potentially devastating impact of the pandemic on incarcerated individuals, particularly those who are sick and elderly. But, there are many things you can do to help from home — including advocating for the release of those who are most at-risk, educating yourself on these issues and spreading awareness.

How to Fix a Drug Scandal

This newly released documentary series focuses on the misconduct of two chemists in Massachusetts who worked at two different drug labs testing and verifying substances for court cases. The riveting four-episode series takes a look at how the two chemists falsified results, throwing hundreds of convictions into question. Available to watch here.

This six-part documentary series follows historian Abdur-Rahman Muhammad as he seeks answers to the many questions that surround the assassination of Malcolm X, decades after his death, including whether or not the actual perpetrators of his murder were caught. Three men were arrested and convicted for Malcolm X’s murder, but two, including our client Muhammad A. Aziz, have always maintained their innocence. Available to watch here.

This true-crime series explores how forensic science can be misapplied or altogether misused, leading to wrongful convictions. The series looks at cases where junk science, like bite marks and cadaver dogs, were used to convict innocent people, including George Powell, a client of the Innocence Project of Texas. Available to watch here.

This powerful mini-series tells the true story of how two detectives uncovered the perpetrator behind a series of rapes in Washington and Colorado between 2008 and 2011. The show, based on a Pulitzer Prize-winning article published by ProPublica and The Marshall Project, centers on a survivor of sexual assault who is coerced into falsely recanting her report and highlights the importance of using best practices in criminal investigations. Available to watch here.

Oprah Winfrey Presents: When They See Us Now

If you watched “When They See Us” and want to learn more about the Exonerated 5, then this show is a must-see. In the hour-long special, Oprah sits down with all five men, director Ava DuVernay and the cast and crew of the powerful series. Available to watch here.

Based on James Baldwin’s novel of the same title, the movie tells the story of young couple, Tish and Fonny, in Harlem in the 1970s suddenly torn apart by Fonny’s wrongful conviction. The film poignantly shows the impact of wrongful conviction on the family members and loved ones of the incarcerated person, and highlights their struggle to free Fonny and prove his innocence, despite lacking many resources. Available to watch here.

Say Her Name: The Life and Death of Sandra Bland

Sandra Bland was arrested for a traffic violation in Texas in 2015. Bland, a 28-year-old Black woman from Chicago, was found dead in her jail cell three days later. Her death was ruled a suicide, but left many with unanswered questions, namely: “What really happened to Sandra?”

Since her death, many have marched to remember Bland and demand justice. “Say Her Name” looks at the legal battle Bland’s family has fought and features video blogs made by Bland, who was politically active during her lifetime. The documentary tells the story of Bland’s life, not just her death. Available to watch here.

A true-crime documentary series, it examines homicide cases in which innocent people falsely confessed after being interrogated, manipulated and threatened by police. Each episode features video footage of the interrogations, archival photos and interviews with prosecutors, police, attorneys, family members and experts, and helps to paint a clearer picture of why innocent people may confess to crimes they did not commit. Available to watch here.

Based on Innocence Project board member John Grisham’s 2006 non-fiction book of the same title, it chronicles murder cases and wrongful convictions in Ada, Oklahoma, in the 1980s. The three-part docuseries includes the stories of Innocence Project clients Ron Williamson and Dennis Fritz. Available to watch here.

At age 16, Kalief Browder was sent to New York’s infamous Rikers Island for allegedly stealing a backpack — a crime he always said he did not commit. Browder and his family could not afford to make bail; as a result, the teenager spent three year at Rikers Island awaiting trial. Browder endured extensive abuse at the hands of other incarcerated people and employees at the jail, and spent two years in solitary confinement. Ultimately, the case was dropped without ever being prosecuted and Browder returned to his family. But the experience left an indelible mark on him, and shortly after his release, Browder died by suicide. “Time: The Kalief Browder Story” details Browder’s story and how it inspired the Close Rikers campaign and brought renewed attention to the need to end cash bail. Available to watch here.

Juan Catalan spent six months in jail awaiting a death pentaly trial for a murder he always said he did not commit. This 40-minute-long documentary follows Catalan’s case and the unlikely source that helped corroborate his alibi: the HBO hit series “Curb Your Enthusiasm”. Available to watch here.

In this 2016 documentary, Ava DuVernay explores the link between the legacy of slavery in the U.S. and modern mass incarceration. The film takes its name from the Thirteenth Amendment, which outlawed slavery under all circumstances, except as a punishment for crime. Available to watch here.

The series tells the story of a fictional college student, Nasir Khan, who has been accused of murder. The eight-episode drama follows him from the moment of his arrest through his trial, and highlights the impact of incarceration on the families of those incarcerated. The show stars Riz Ahmed, John Turturro and Innocence Project Ambassador Michael K. Williams. Available to watch here.

This 2019 docuseries re-examines the conviction of Adnan Syed, whose story made headlines after being featured in the podcast Serial. This series catches up with Adnan, his family and supporters after Serial and follows them as they seek a new trial. Available to watch here.

The program traces the career of Bryan Stevenson, an Alabama-based attorney and the founder and executive director of the Equal Justice Initiative. Stevenson, also the subject of the film “Just Mercy,” has long fought to advance equality in the justice system and to save people from death row. Available to watch here.

In a small, largely white town in upstate New York, 12-year-old Garrett Phillips is found unconscious in his apartment, strangled and suffocated, but alive. The child later dies at the hospital. Clarkson University soccer coach Oral “Nick” Hillary, Phillip’s mother’s ex-boyfriend and a black man, quickly becomes the suspect, despite minimal evidence that would point to his guilt. “Who Killed Garrett Phillips?” explores how Hillary, who had two alibi witnesses to support his claims of innocence, became the main suspect in the investigation and endured racial bias and police and prosecutorial misconduct amidst a high profile murder trial. Available to watch here.

Based on the life and work of Equal Justice Initiative founder Bryan Stevenson, this powerful film stars Michael B. Jordan and Jamie Foxx. The film follows Stevenson as he moves to Alabama to fight for a second chance for wrongly convicted people and individuals without proper representation. Among his clients is Walter McMillian, a man on death row for a crime he did not commit. Available to watch here.

This program chronicles Philadelphia rapper Meek Mill’s 12-year-long fight for freedom after being charged with illegal gun possession and drug dealing at age 19. The rapper has always maintained his innocence and has said his case was overseen by a biased judge, who sent Meek Mill back to prison multiple times over parole violations, including a two-to-four-year sentence nearly a decade after the rapper was first convicted. After persevering through his own case, Meek Mill has become an advocate for black youth in the justice system. Available to watch here.

Directed by Innocence Project board member Tony Goldwyn, “Conviction,” is based on the true story of Kenny Waters who was wrongfully convicted of murder in Ayer, Massachusetts. His sister, Betty Anne Waters, put herself through college and law school for the sole purpose of representing her brother. She worked tirelessly with the Innocence Project to bring about his exoneration in 2001. The film stars Hillary Swank, Sam Rockwell, Minnie Driver, Melissa Leo and Juliette Lewis. Available to watch here.

This film tells the true story of Colin Warner, an 18-year-old Trinidadian-American wrongfully convicted of murder in 1982 in the largely West Indian neighborhood of Crown Heights, Brooklyn. The film, adapted from a This American Life podcast, stars Lakeith Stanfield and Innocence Project ambassador Nnamdi Asomugha, and follows Warner’s best friend as he fights to prove his friend’s innocence despite not having a law degree or legal background of any kind. Available to watch here.

“The Last Defense” is a documentary series executive produced by Viola Davis that tells the stories of two people on death row: Darlie Routier, a woman convicted of killing her sons, and Julius Jones, a former high school athlete convicted of murder. The powerful series exposes flaws and biases in the justice system and shows how wrongful convictions can occur. Available to watch here.