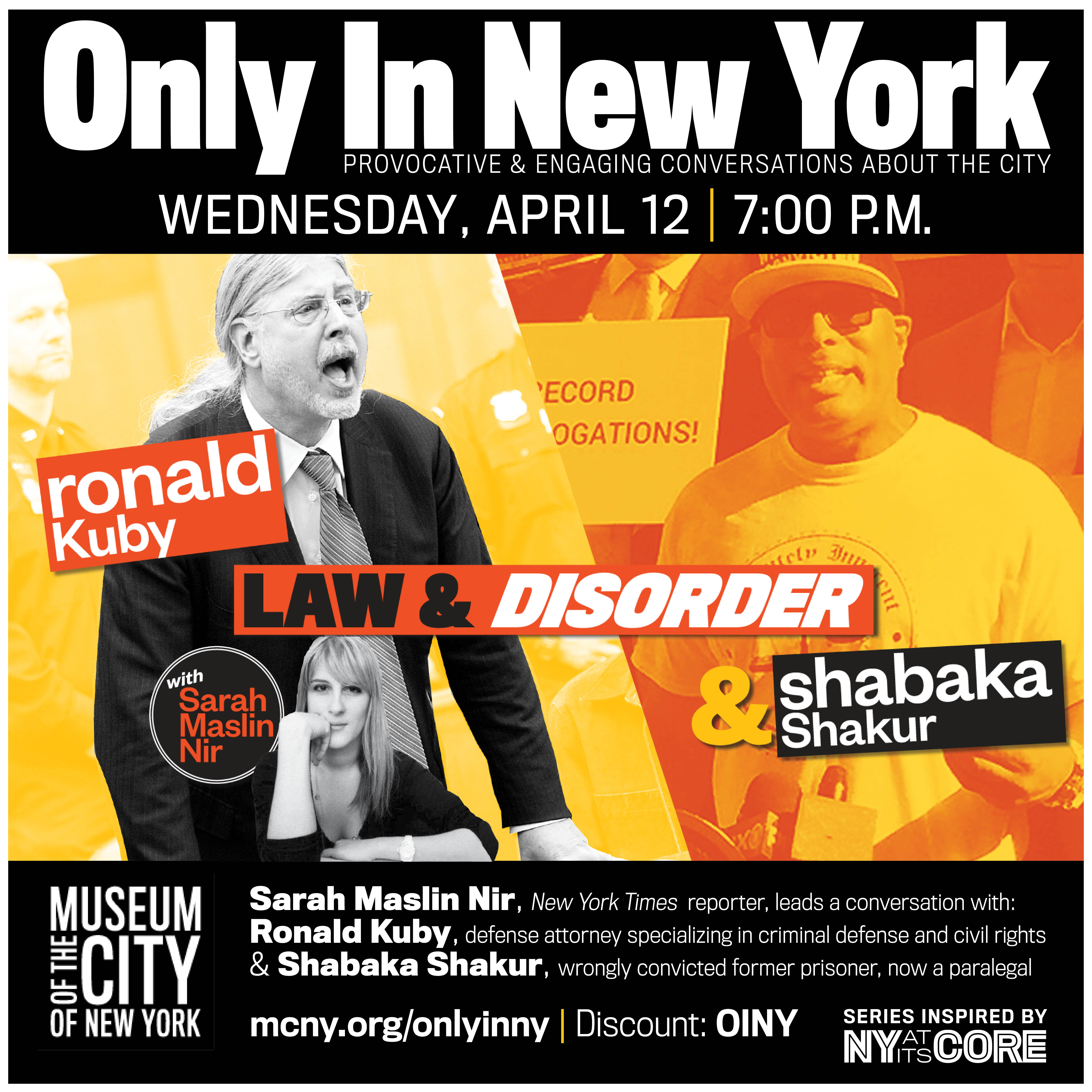 On Wednesday, April 12, Exoneree Shabaka Shakur, joined by his defense attorney Ronald Kuby, will discuss his wrongful conviction as part of a panel hosted by Sarah Maslin Nir of the New York Times. The event—“Law and Disorder”—is part of the Only in New York lecture series at the Museum of the City of New York.

Shakur spent 26 years in prison after he was wrongfully convicted of a 1988 double-murder. He was the ninth person to be exonerated of a murder in which now-retired Brooklyn detective Louis Scarcella played a role in the investigation. Shakur was exonerated in 2015 when Kuby presented evidence that Scarcella fabricated Shakur’s confession.

The panel will take place in Ronay Menschel Hall at 7pm and is sponsored by the New School Urban Studies Program and the Innocence Project.