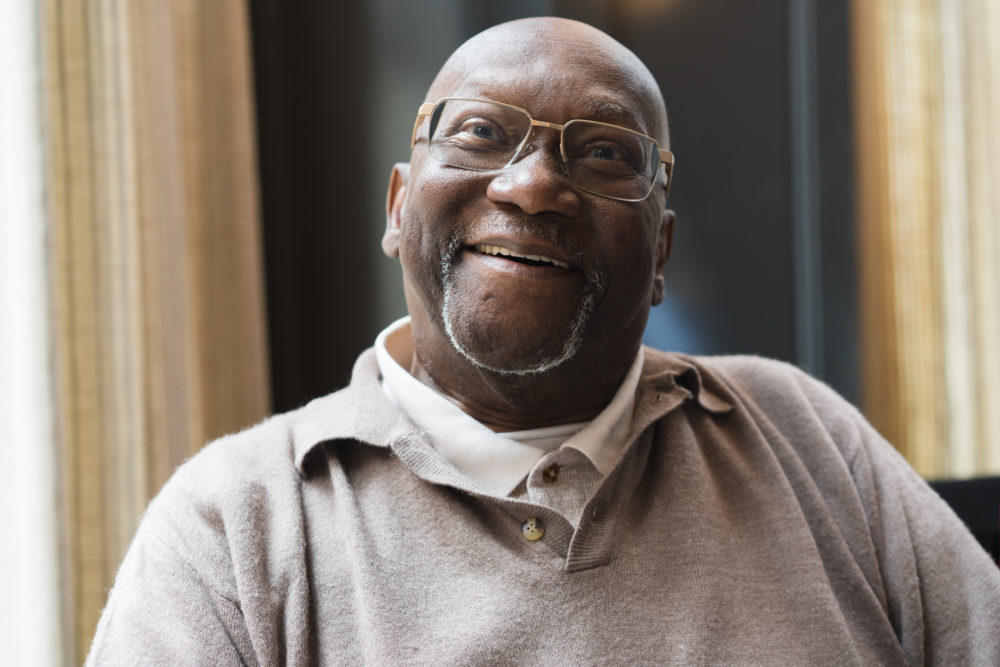 On Thursday, 61-year-old Alfred Swinton of Connecticut walked out of a Hartford courtroom a free man. A Connecticut judge cleared Swinton of a 1991 murder for which he was convicted in 2001 based on flawed testimony from a forensic dentist and sentenced to 60 years in prison. Swinton spent 16 years of his life in prison. Last June, Swinton had a major break in his case after DNA testing proved that he was not linked to the crime. His conviction was vacated and he was released. And finally, yesterday, after years of bearing punishment for a crime that evidence proves he did not commit, Swinton became the 204th person exonerated by the Innocence Project. Check out seven images that capture the joy and excitement of his freedom day.

Pledge: Take a stand against wrongful conviction in Connecticut today 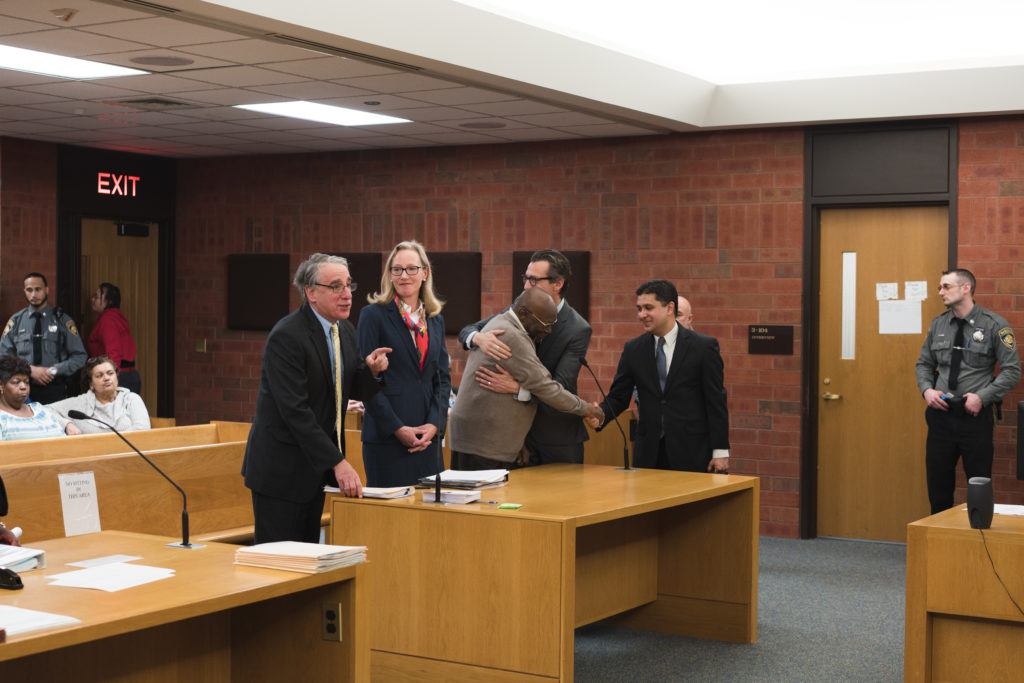 Alfred Swinton embraces attorney and Director of Strategic Litigation at the Innocence Project, Chris Fabricant, and shakes hands with Innocence Project Staff Attorney Adnan Sultan upon learning that he would not be retried for a 1991 murder for which he was wrongfully convicted in 2001. Also pictured are Ken Rosenthal of Green & Sklarz LLC in New Haven and Maura Barry Grinalds from Skadden Arps.  Photo: Sameer Abdel-Khalek. 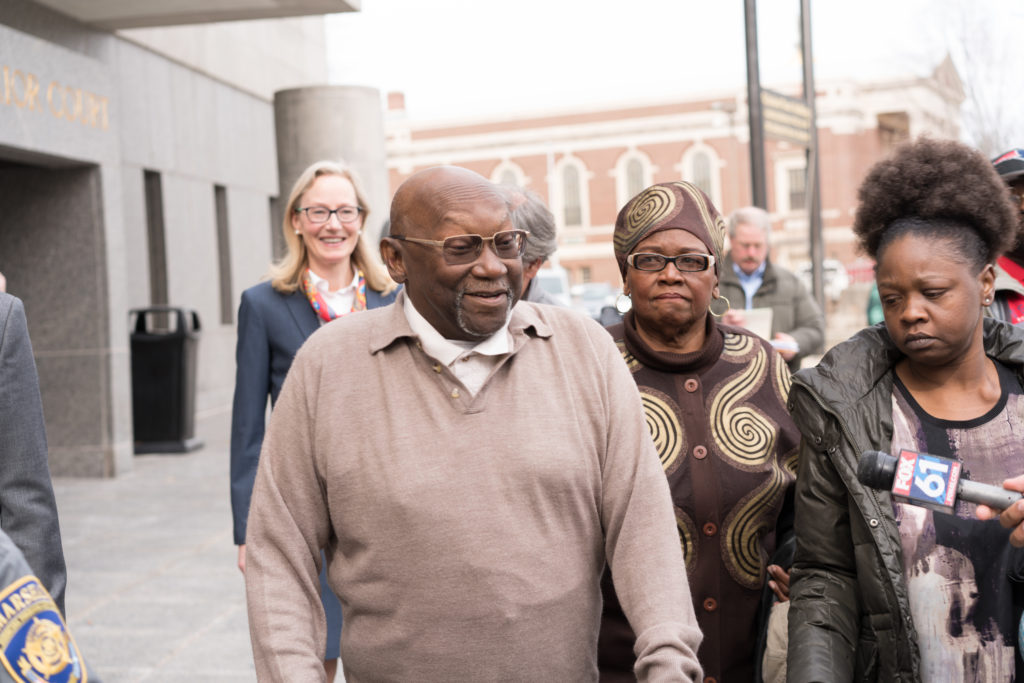 Swinton, surrounded by a number of his family members–including his sister Carla (in background)–as he exits the courthouse. Photo: Sameer Abdel-Khalek. 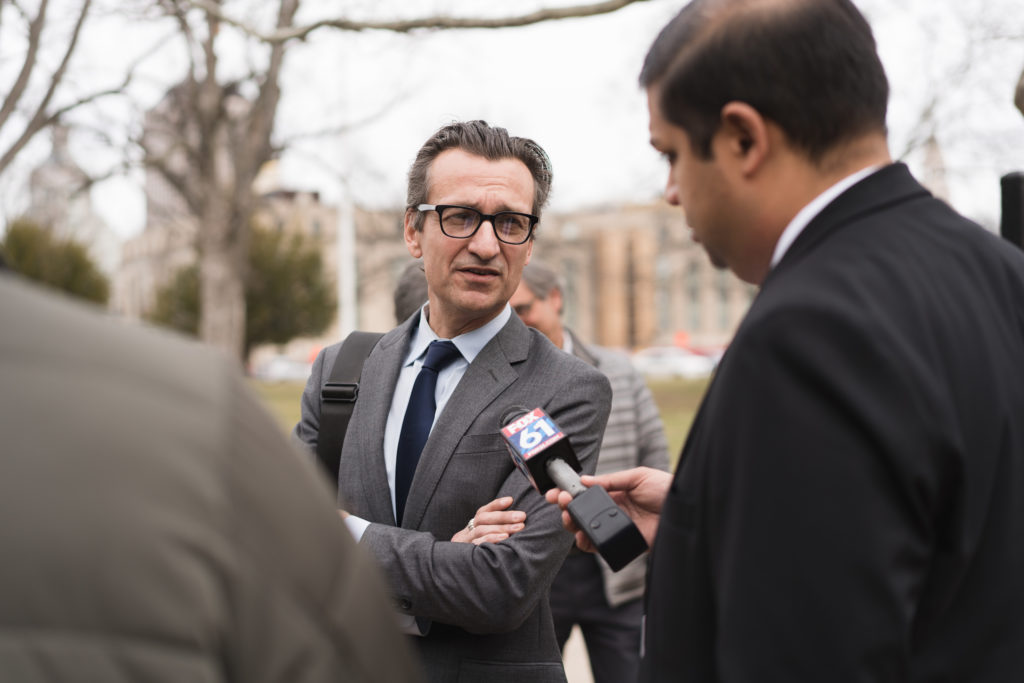 Director of Strategic Litigation at the Innocence Project and one of Swinton’s attorneys Chris Fabricant said to Fox 61: “The time has come for only valid and reliable evidence to be used in prosecuting criminal cases.” Swinton is the 30th person to have been wrongly convicted or indicted based at least in part on bite mark analysis, yet courts continue to allow prosecutors to rely on the widely discredited evidence.

Mr. Swinton’s case highlights the need to change the law in Connecticut. Without DNA, which is unavailable in 90% of criminal cases, Mr. Swinton likely would not have been able to prove his innocence. That is because while Connecticut has no time limit for introducing new DNA evidence, it places a strict three-year deadline after a conviction for presenting new, non-DNA evidence of innocence.

The Connecticut legislature is considering legislation to remove the arbitrary three-year deadline and put Connecticut in line with the majority of other states. Help change Connecticut’s law so that other wrongfully convicted people like Swinton can prove their innocence. Take action here! 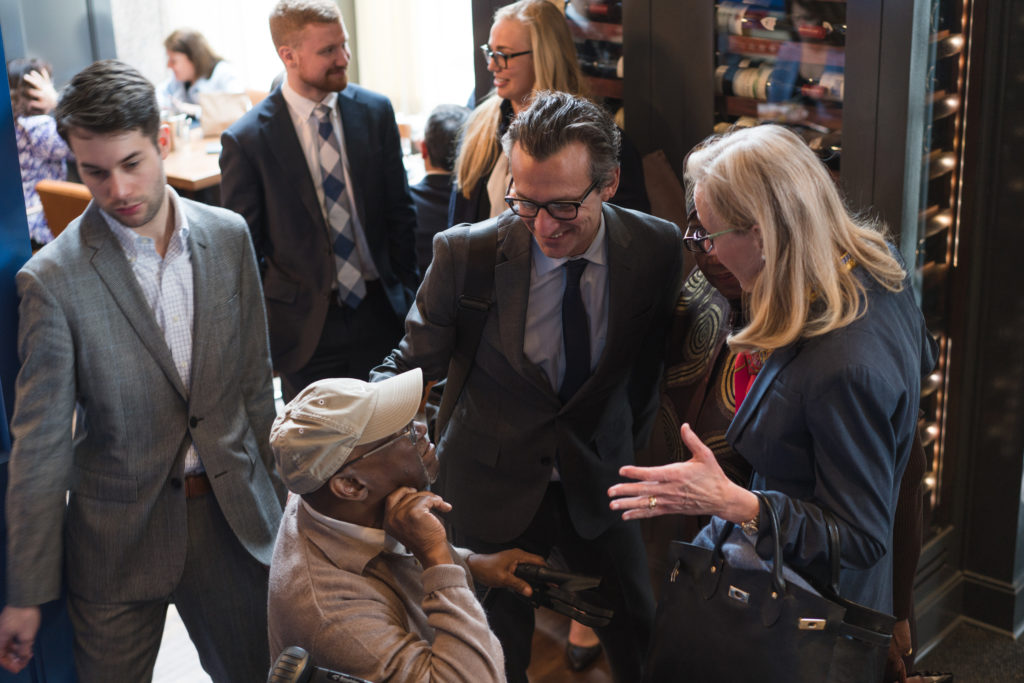 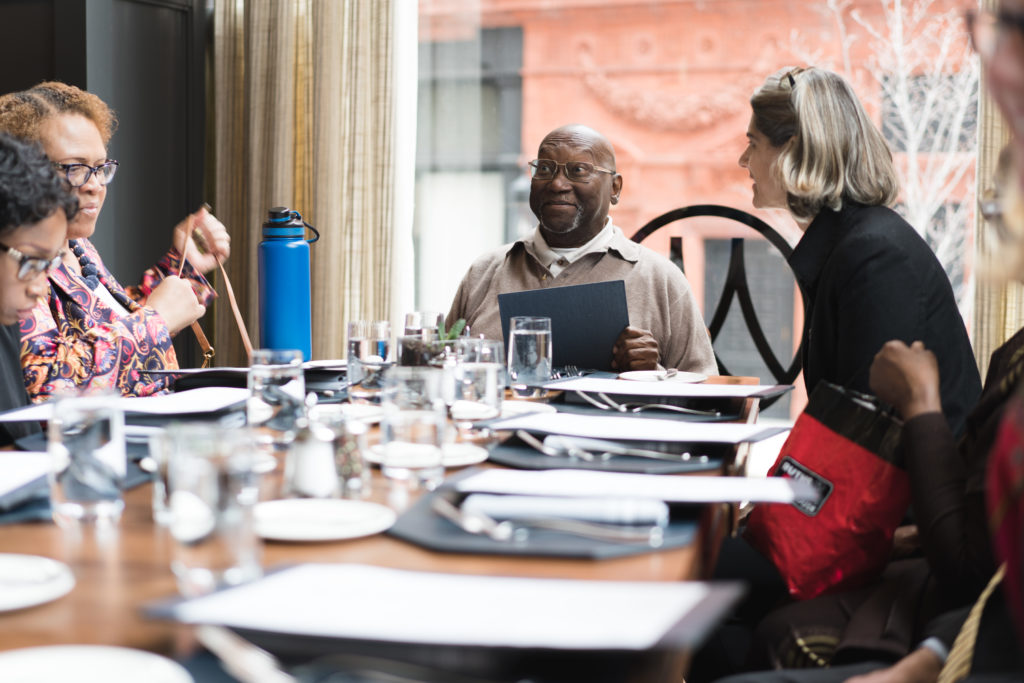 Swinton sits down for a much-deserved celebration meal with his legal team and family. Photo: Sameer Abdel-Khalek. 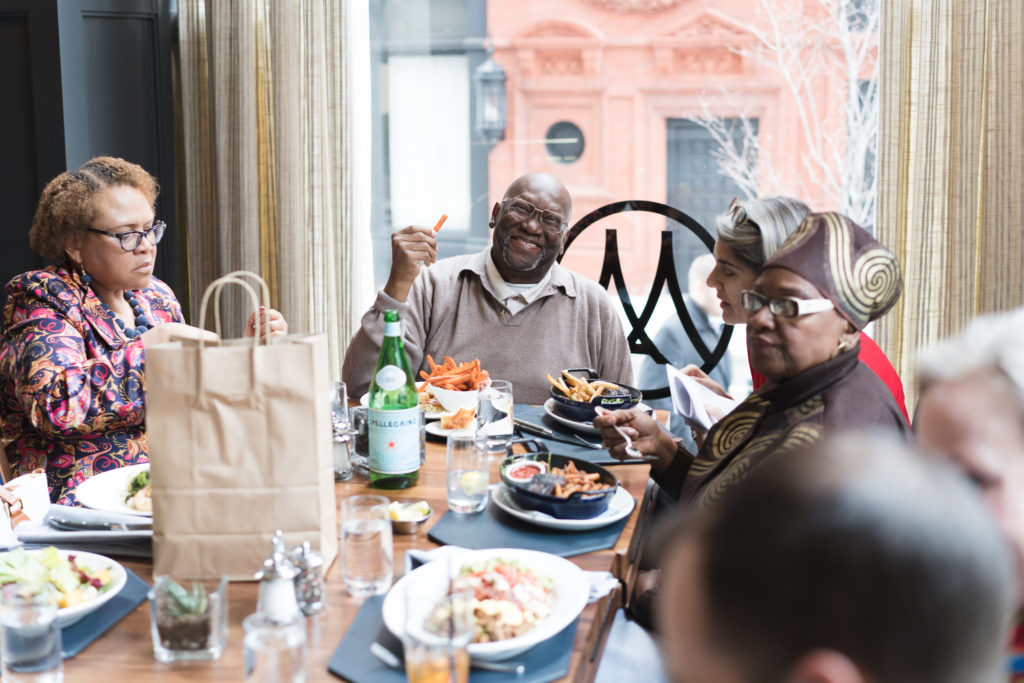 Along with the sweet taste of freedom, Swinton enjoys some delicious sweet potato fries at a celebratory lunch following his hearing. Photo: Sameer Abdel-Khalek. 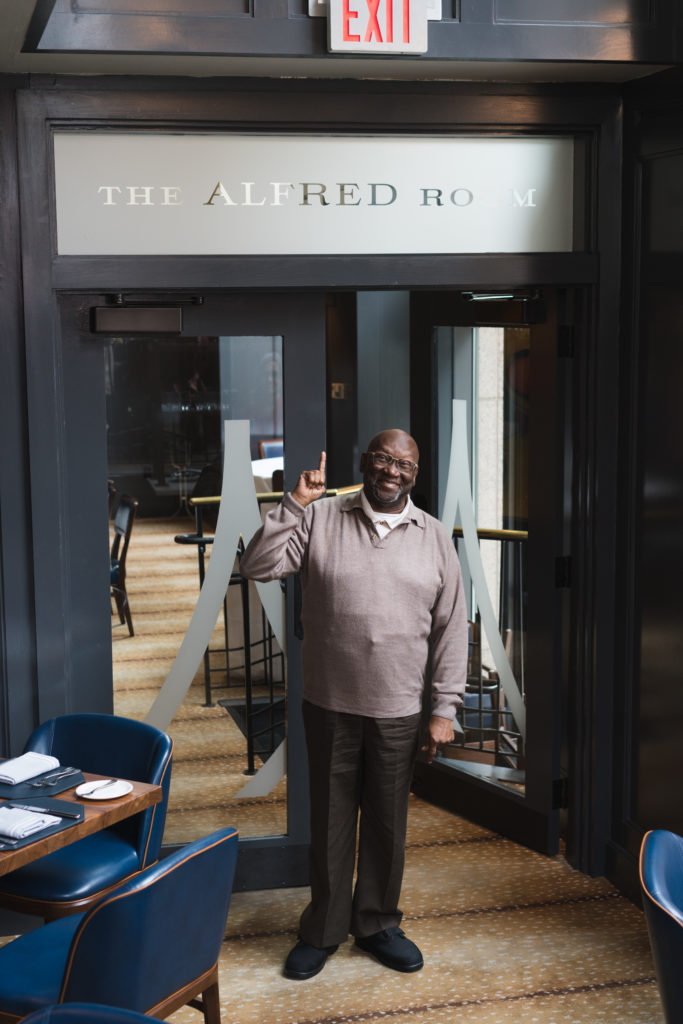 “Patience is infinite, persistence is constant. Keep on fighting, if you give up, you’ve lost.” Alfred Swinton