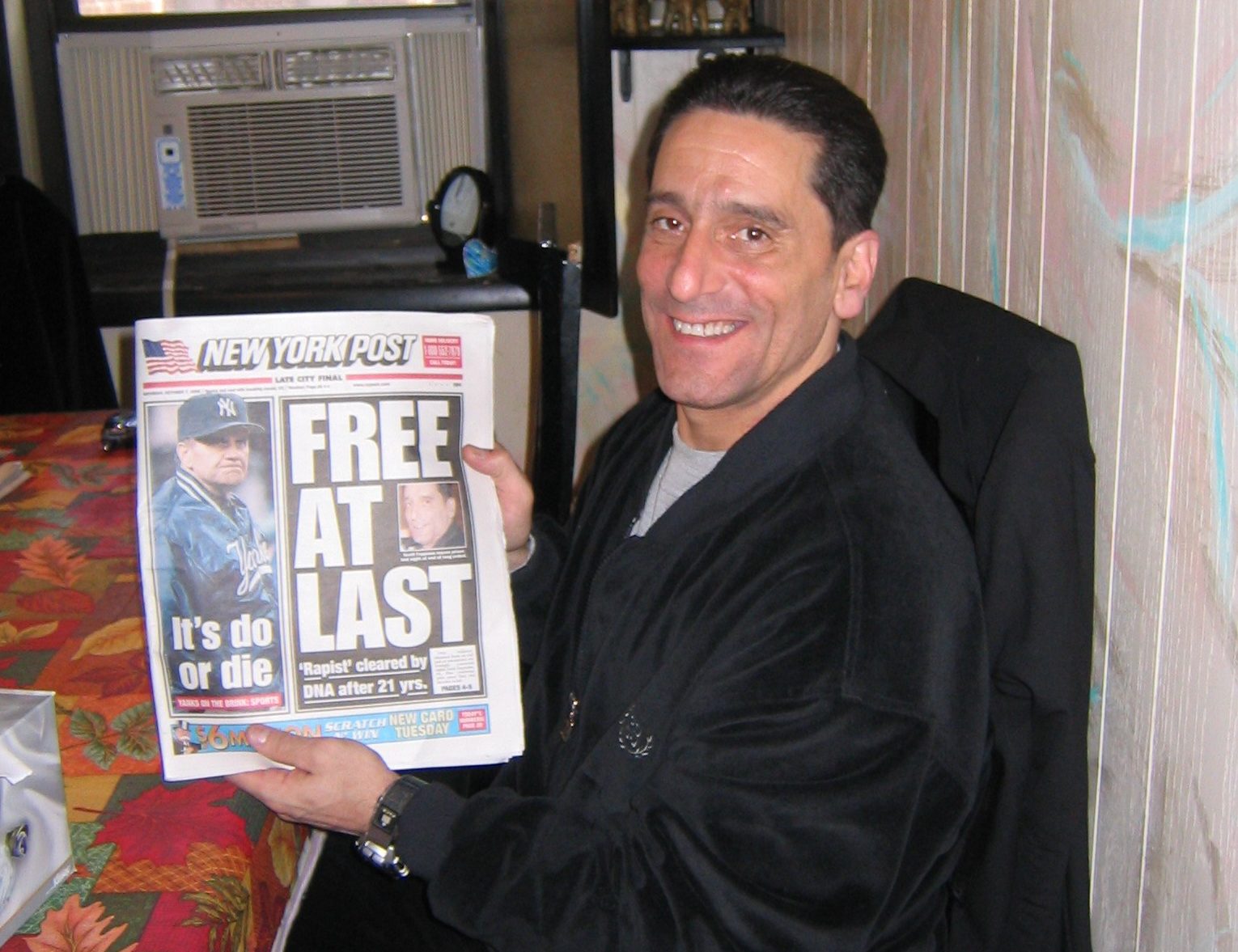 was exonerated after having served 21 years in prison for a Brookyn, NY, rape he didn’t commit.

Since his release, Fappiano has built a new life. On October 18, he will be married to his fiancee Joanne, his girlfriend before he went to prison. He is planning to enroll next year in school to become a funeral director.

His ordeal began in 1983. An armed male broke into the Brooklyn home of an NYPD officer and his wife. The perpetrator instructed the woman to tie up her husband in the bed with a length of telephone wire, and he proceeded to rape her. The victim was taken to the hospital, where a rape kit was collected. Swabs from the kit tested positive for the presence of sperm, as did a pair of jogging pants worn by the victim after the attack.

The woman described her attacker to police as a white male of Italian descent, and was shown a series of photographs of individuals. She pointed to Fappiano as the attacker, and then chose him again in a live line-up in which several police officers stood in as “fillers.” That same day her husband, the police officer, viewed a live line-up, too.  He chose one of the fillers.

Fappiano was tried twice for this crime. Serology tests before trial showed the blood from a stained towel and a cigarette butt matched the victim’s husband. Other tests were inconclusive. After the jury could not reach a verdict in his 1984 trial, he was tried again in 1985. He was convicted of rape, sodomy, burglary and sexual abuse and the court sentenced him to 20-50 years in prison.

The Innocence Project began representing Fappiano in 2003, but it took two years for the evidence from the case to turn up – including the jogging pants worn by the victim during the crime that could not be tested previously. DNA testing showed that while the sweatpants contained DNA that matched the woman’s, the male DNA found did not match Fappiano’s – nor did it match the victim’s husband.

. His case and others have led to a push for reforms to the way lineup procedures are conducted. Learn more about progress of these reforms in the recent Innocence Project report: ”

Reevaluating Lineups: Why Witnesses Make Mistakes and How to Reduce the Chance of a Misidentification

Other Exoneration Anniversaries this Week: