Science Thursday: Forensics Around the World 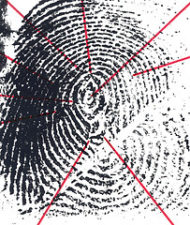 A UK judge called the practice of fingerprint analysis

and said that it was therefore “inherently capable of misidentifications” in a speech to the Forensic Science Society in London.

A UK Police Chief is receiving criticism for

of the 1851 Manchester census documents that were damaged in a flood.

for forensic testing from what they believe to be a mass grave. In India, officials are observing

to revamp and modernize the organizational structure of various forensic laboratories, personnel policies and training needs.

at the University of Florida.

was questioned in a Connecticut murder case.

The Orange County Board of Supervisors is exploring the cost of

A panel of law enforcement officials, defense attorneys, prosecutors, a judge and a professor convened in NC as part of the