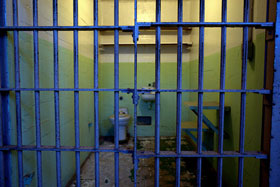 A retired lieutenant for the Santa Clara County Jail classifications unit says that from the late 1980s through the 1990s, he and other jail officials routinely used jail informants to solicit information from suspects. If the former lieutenant’s claims are true, it could mean that the county jail violated the civil rights of countless criminal suspects.

, Frank Dixon said in a sworn declaration for the appellate case of Surinder Bains—convicted of killing his brother-in-law in 1990—that it was commonplace for the county jail to intentionally place jailhouse informants in holding cells with defendants to “tease out” information at the request of prosecutors and law enforcement officials. Bains claims that Raymond Delgado, the informant who testified against him, was purposely placed in his jail cell to question him at the request of the prosecution.

According to a 1986 Supreme Court ruling, jail informants can only be used as “silent listening posts,” according to the

; they cannot be used to interrogate suspects or intentionally elicit incriminating information.

Santa Clara County District Attorney Jeff Rosen and Sheriff Laurie Smith reject Dixon’s claims, saying that jailhouse informants have not been used during their tenures, which spans back to 1998 for Smith. And former Santa Clara County District Attorney George Kennedy, who was first elected in 1990, says that while informants were sometimes planted in specified units, defendants’ rights were never violated.

But Scott Sanders, an Orange County public defender, disagrees. “This has been happening everywhere nearly forever,” says Sanders, according to the

. He says that at least three felony cases from the decade-long period referred to by Dixon have fallen apart as a result of the misuse of informants.

In his sworn statement, Dixon said that “it was very common for law enforcement personnel or representatives of the District Attorney’s Office to ask Classifications to house a particular inmate with another inmate for the purpose of information gathering. . . . It happened all the time.” Dixon said that local law enforcement sometimes went as far as booking informants on false charges for the sole purpose of attaining information.

In terms of Bains’ case, Dixon is not certain that Delgado was deliberately placed with the defendant, but explains that it was likely planned given that Delgado was actually supposed to have been held in protective custody at the time for testifying in another case.

Jail house informants are a leading cause of wrongful convictions.