Ryan Ferguson Speaks about Dream Killer, the New Film about his Case 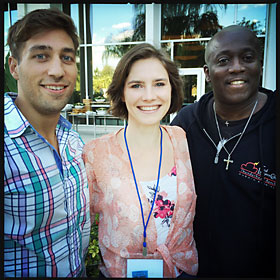 .  The film documents the case of Missouri exoneree Ryan Ferguson, who was 20 years old when he was wrongly convicted of the 2001 murder of local sports editor, Kent Heitholt, based on the testimony of a classmate who said that he’d dreamt that Ferguson was the killer.

In an exclusive interview published on Sunday on the website

, Ferguson and his father, Bill Ferguson, spoke with a reporter about their purpose for agreeing to make the movie.  Here are some excerpts from that interview:


ShockYa (SY): Why were you both interested in chronicling the case in a documentary like ‘Dream/Killer,’ after it has been showcased in different areas of media, including television, newspapers and social media?

: We saw it as an opportunity for awareness. The general public, and we were once a member of that group, has no idea how the process works. Now that we know how it does work, and how it failed us, we want the public to be aware of that, so that we can initiate changes.

: For me, it’s also about raising awareness. We realized that we were in a position to show the world what could happen to them. This could happen to my father and any other of our friends and family, and that’s really scary.

This case really shows that possibility to the public, and it’s something that they’ve really been able to grasp onto. Since we have that understanding, we can help others who are in the same situation. I think that’s what it’s all about-helping others, and changing the system so that people like us aren’t convicted of crimes they didn’t commit, or thrown into the justice system unjustly.

I think it’s interesting that we have that opportunity with this film. It’s important to note that it’s our responsibility to get it out there, and share what we know, because we have a voice. There are a lot of people out there who don’t necessarily have a voice, but need one and should have one. But for whatever reason, it’s very difficult to get one when you’re being accused of a crime you didn’t commit.

: Yes, and it’s also important to go beyond the black-and-white issues, and into the anatomy of what actually happens, like what is a Brady Violation and exculpatory evidence. The public is pretty much unaware of those aspects. So we wanted to explain how they work, why they doesn’t always work and why people are wrongfully convicted.

Prosecutors can withhold exculpatory evidence that would help the defendant. If it’s a Brady Violation, then it’s strong enough evidence that would support the accused, and change the jury’s minds. So those are important issues, but the general public doesn’t know anything about them. We want to make them aware of such situations. That’s how the prosecutors are able to manipulate the system-by hiding evidence.

So if the public’s aware of it, and the prosecutors are aware that the public knows about it, I think we’ll see less abuse. By us exposing this, and raising awareness, we can hopefully help bring about some changes.