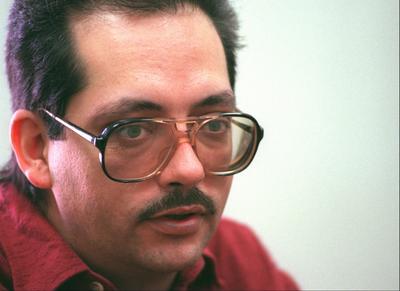 (ROCHESTER, NY; Wednesday, April 28, 2010) — Frank Sterling is set to be exonerated today in Rochester 18 years after he was wrongfully convicted of murder, according to the Innocence Project, which represents him along with local attorney Donald Thompson.

DNA testing implicates Mark Christie as the actual perpetrator of the 1988 murder of an elderly woman for which Sterling was convicted in 1992. Christie was a suspect immediately after the murder, and he told friends and associates at the time that he was guilty. He is already serving a life sentence for murdering his four-year-old neighbor in 1994 – a crime that could have been prevented if police had not focused on Frank Sterling for the 1988 murder. Confronted with DNA test results linking him to the crime, Christie recently gave multiple detailed confessions that included facts that were not known to police or the public and have been corroborated by the prosecution.

Sterling, now 46, was convicted based entirely on a confession he gave after working a 36-hour trucking shift followed by 12 hours in police custody for interrogation that included hypnosis. Almost immediately, Sterling recanted his confession. He had no criminal record of any kind, but police focused on him because his brother was incarcerated for attempting to sexually assault the elderly victim three years before she was murdered. After Sterling was convicted but before he was sentenced, several of Christie’s friends and associates came forward and testified under oath that he had confessed to the crime, but the prosecution dismissed that testimony. Sterling was sentenced to 25 years to life in prison, and he would have been eligible for parole in 2016.

“Frank Sterling should never have been arrested, let alone convicted. This is what happens when law enforcement officials lock onto one suspect and ignore other evidence,” said Vanessa Potkin, Senior Staff Attorney at the Innocence Project, which is affiliated with Cardozo School of Law.

More convictions have been overturned with DNA testing in New York than in almost any other state (with the exception of Texas and Illinois), yet legislators in New York have done little to enact reforms to make the justice system more fair, accurate and reliable. For the last several years, reform packages to prevent wrongful convictions have stalled at the State Legislature, while other states – including Texas, Mississippi, North Carolina and Ohio – have enacted laws that can help prevent wrongful convictions and make it easier to exonerate innocent people.

“What more will it take for New York to fix our criminal justice system? Twenty-six New Yorkers have been freed because of DNA after serving years, often decades, in prison for crimes they didn’t commit. Will it take 36, or 46, to finally get Albany focused on this?” asked Peter Neufeld, Co-Director of the Innocence Project.

According to the Innocence Project, in 11 of the 26 DNA exoneration cases in New York the DNA testing also helped identify the actual perpetrators. In several of those cases, the perpetrators had gone on to commit additional violent crimes – each one of which could have been prevented if the right person had been arrested and convicted for the earlier crimes.

“We have documented a dozen vicious crimes in New York State that would never have happened if wrongful convictions had been prevented,” Neufeld said. “They include six murders, four rapes and two attempted murders, and they are only the crimes for which people were ultimately convicted.” No other state in the country has had more violent crimes committed by people who had evaded earlier prosecution because of a wrongful conviction, according to the Innocence Project.

The package of reforms that has languished in Albany includes measures that would require the preservation of biological evidence post-conviction, mandate electronic recording of entire interrogations, improve how eyewitness identification procedures are conducted and take other concrete steps to improve the criminal justice system. Last year, the New York State Bar Association released a report calling for reform in each of these areas. “We hope the governor and the legislature will enact the reforms advocated by the state bar association, in the name of all of the people who have been exonerated in New York and the victims of crimes that could have been prevented,” Neufeld said.

, and a 2009 Innocence Project report on wrongful convictions and the need for reform in New York is

In Sterling’s case, so-called “Touch-DNA,” or testing on skin cells left by the perpetrator, implicated Christie. The Innocence Project initially requested DNA testing on several items of evidence in 2004, but a judge only permitted testing on hair in the victim’s hand that turned out to be her own. In 2006, the Monroe County District Attorney’s Office agreed to additional DNA testing on the victim’s clothing. Seventeen areas of the clothing were tested, and Sterling was excluded from all of them. Results on two key areas of the clothing – one where the perpetrator would have grabbed the victim while beating her, and the other where he would have pulled on her clothes – were consistent with Christie.

In January 2010, after the DNA testing was complete, Christie met with Potkin and Richard Byington, an instructor for John E. Reid and Associates, the world’s largest trainer of interview and interrogation techniques to law enforcement agencies, and confessed to the crime. Twice in April 2010 he met with representatives for the Monroe County District Attorney’s Office and again gave detailed confessions that included facts about the crime that are not publicly available (including the weapon used to kill the victim).

Sterling maintained his innocence throughout his trial and after his conviction. He appealed his conviction almost immediately and never stopped fighting to prove that he did not commit the crime. He plans to remain in the Rochester area, living with longtime family friends who stood by him throughout his ordeal.

In addition to Neufeld, Potkin and Thompson, several Cardozo School of Law students worked on the case at the Innocence Project, including Valerie Charles and Alexandra Reimer. One Cardozo student, Dotan Weinman, worked on the case at the Innocence Project and then continued when he began working at the New York law firm Weil, Gotshal & Manges. The law firm funded an expert report on Sterling’s false confession and also provided pro bono legal assistance. Kroll, one of the world’s leading investigative firms and investigator Jennifer Mackovkjak, provided critical pro bono assistance on the case, as did John E. Reid & Associates.