On the Road: Touring with Coldplay for the Innocence Project 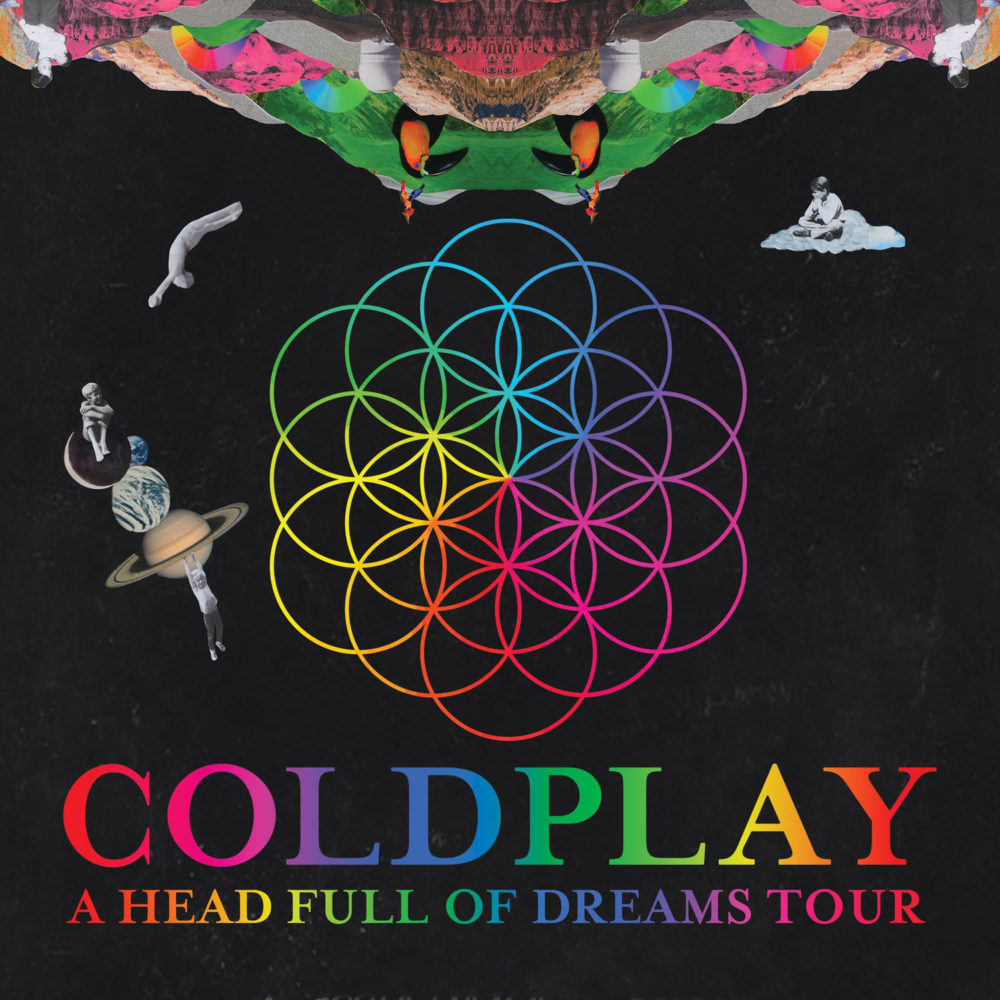 It’s 1:00 AM in Louisville, Kentucky, and I’m finally climbing into bed—which is, temporarily, the top of a three-tiered bunk within the wall of a tour bus. Coldplay’s “A Head Full of Dreams” tour is now seven shows down—17 left to go.  We’ll begin our drive to Columbus, Ohio, once the rest of my bus mates finish up their night’s work (actually sleeping on a tour bus is an acquired skill, I’m told.)

We’re incredibly lucky to have been invited by our Innocence Ambassador Chris Martin to tour with Coldplay this summer, with a team of local Innocence Project volunteers on hand at each show to educate concertgoers across the country about our work and the phenomenon of wrongful convictions.

There’s no such thing as a typical day on tour, though I’m slowly getting into the rhythm of life on the road. We normally have four or five shows per week—two to three smaller arena shows (roughly 19,000 people) and two stadium shows (with audiences closer to 50,000). On show days, I head into the venue earlier in the morning along with the representatives of the other non-profits campaigning on the tour—Oxfam and Global Citizen—to meet our local liaison and get a quick tour of the space. Five hours before the show begins, our volunteers arrive. Some of them have had plenty of experience campaigning in large crowds, and some have had none at all—but what they all share is a contagious passion for the work of the Innocence Project.

Many of our volunteers have had some measure of personal experience with wrongful convictions. In St. Louis, I was joined by the family and friends of Rodney Lincoln, a Midwest Innocence Project client who has been fighting to prove his innocence for over 30 years. His daughters Kay and Kellie have been tireless advocates for their father, though they told me that it’s often Rodney who buoys their hopes and maintains an incredible connectedness with his family.

In Chicago, I was joined by Angel Gonzalez, who was exonerated last spring after 21 years in prison for a rape he didn’t commit. With him was his childhood best friend Chris, who had been a lifeline for Angel throughout his decades of wrongful imprisonment. Chris has a tattoo in honor of Angel on his arm, which reads (among other things) “Carnales por Vida” — brothers for life.

“He’s my best friend, he’s my brother,” Chris told me. “Where we’re from, we show love with tattoos. We honor people when they die. He was dead for 21 years in prison, and now he’s alive.”

Chris and Angel’s enthusiasm and gratitude were infectious—Chris would head out into the crowds and ask concert-goers if they had a minute to talk about wrongful convictions, at which point he’d lead them back to the table where Angel was ready to tell his story. Many people came over to the table just to shake Angel’s hand and tell him how sorry they were for what he had been forced to endure. Angel Gonzalez with his friend Chris at the Coldplay concert in Chicago.

The fallibility of the criminal justice system is perhaps more glaringly obvious today than it has been in a very long time; the number of innocent people behind bars is greater than even the most cynical among us believed. Today, we campaigned in Louisville, Kentucky, where just 12 days ago our client Garr Keith Hardin and Kentucky Innocence Project client Jeffrey Dewayne Clark were exonerated of the 1995 murder of 19-year-old Rhonda Sue Warford. At Hardin and Clark’s trial, the prosecution’s main “evidence” was its fantastical claim that the men committed the 1992 murder as part of a Satanic sacrifice, despite the fact that the state’s own expert acknowledged that absolutely nothing about the crime was consistent with a Satanic ritual sacrifice.

Our volunteers had their work cut out for them at the Louisville show: as of today, Kentucky has no compensation statute, nor any laws mandating the recording of interrogations.

In addition, The Kentucky League of Cities has released a model policy that contains eyewitness identification best practices, but there is no law mandating the use of these best practices, and it’s not at all clear how many departments throughout the state have actually adopted them (the four Kentuckians who were wrongfully convicted as a result of eyewitness misidentification collectively spent over 45 years in prison.)

The Kentuckians we spoke with at the show were incredibly engaged and more than willing to become advocates for the grassroots innocence movement in their state. With me in Louisville was Jason Strong, who was exonerated last year after 16 years in prison for a murder he did not commit. One woman stopped by to learn more about our work and Jason introduced himself to her and told her his story. She promptly burst into tears. It was an incredibly moving moment for everyone: for Jason, to see how deeply people care about what he had endured, and for the woman, who had no idea that wrongful convictions happen so frequently and take so long to be corrected.

In general, the reactions of people we speak with span from utter shock and disgust at the ordeals that exonerees have suffered to a resigned familiarity (many have a personal anecdote of their own to share). Regardless of their previous level of familiarity with wrongful convictions, the vast majority leave inspired to become advocates for the innocence movement. This tour is a labor of love on the part of both band and crew; traveling with such a wonderful group of people and having the chance to train equally wonderful and committed volunteers has been an unforgettable experience thus far. Next stop: Columbus, Ohio! Related: Volunteer for the Innocence Project on Coldplay’s “A Head Full of Dreams” Tour