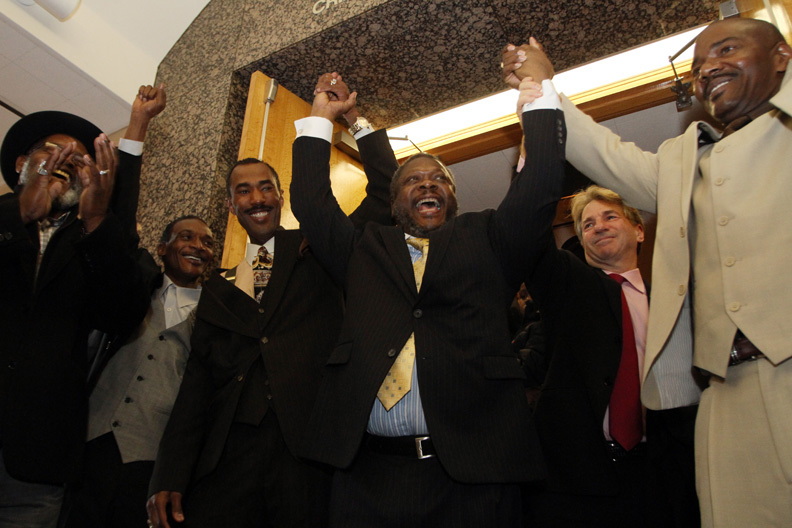 On the request of the District Attorney’s Office, a Dallas County judge today entered a court order finding Rickey Dale Wyatt innocent of a rape for which he served nearly 31 years. Working closely with the Dallas District Attorney’s Conviction Integrity Unit, the Innocence Project secured Wyatt’s release back on January 4, 2012 based on DNA evidence and the failure of the prosecution to turn over evidence pointing to Wyatt’s innocence. Since his release, the Conviction Integrity Unit has conducted a thorough reinvestigation of the case and now agrees that Wyatt is innocent of the crime. Wyatt is the 325th person in the U.S. to have been exonerated by DNA evidence.

Although there are many unanswered questions about the reliability of the identification procedures used, three separate victims identified Wyatt of sexual assaults police believe were committed by the same person that occurred in the South Dallas neighborhood on November 1, 1980, December 19, 1980 and January 6, 1981 with the same

. Wyatt maintained his innocence from the beginning and turned down a plea bargain of a recommended five year sentence. Despite large inconsistencies between Wyatt and the victim’s original description, Wyatt was convicted of the November 1, 1980 crime and sentenced to 99 years in prison. He was never tried for the other two crimes.

Working with the Dallas Conviction Integrity Unit, the Innocence Project conducted DNA testing. While much of the evidence was degraded, testing revealed a partial male DNA profile that excludes Wyatt. The joint investigation also revealed that the prosecution never disclosed, among numerous other things, that one of the other victims, who was allowed to testify in the sentencing phase of Wyatt’s trial, viewed a live line-up that included Wyatt but did not identify him as her assailant.

After concluding its reinvestigation, which included having new experts reanalyze the DNA, the District Attorney’s Office moved to have the court enter an order today finding Wyatt actually innocent of the crime. Today’s order will entitle Wyatt to compensation from the state. Wyatt was represented by the Innocence Project and the