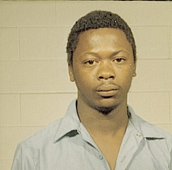 Innocence Project client Rickey Dale Wyatt will be released in Dallas, Texas, today after spending 31 years in prison for a rape that he didn’t commit. The Dallas County Conviction Integrity Unit has joined the Innocence Project in requesting that Wyatt be released on bond based on new DNA and other evidence. The Texas Court of Criminal Appeals is expected to vacate his conviction later this year.

Trial prosecutors withheld evidence that Wyatt didn’t match the original description of the perpetrator. If the defense had been able to present this evidence at trial, Wyatt may never have been convicted. Wyatt will be greeted today by ten Dallas County DNA exonerees who also served years in prison for crimes that they didn’t commit.

about the case here.