Remembering Darrell Edwards on His Birthday 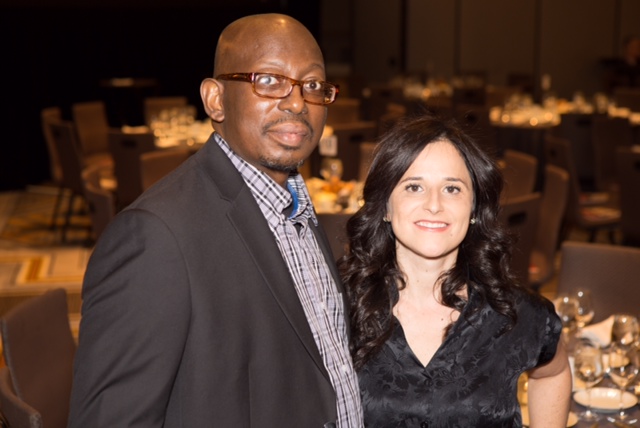 Darrell Edwards knew that he had been left with no other choice. Getting out of prison was more critical than

it had ever been. In 2012, as the Innocence Project was working to get him exonerated of first-degree murder i


n New Jersey, he was diagnosed with lung cancer. It had already spread throughout his body. Although there was no telling how much longer Darrell would live, he knew he didn’t want to do it within the walls of a prison cell.

“I think if you talk to any of our clients, they would say that their greatest fear is dying in prison,” says Innocence Project Senior Attorney Vanessa Potkin, who worked on Darrell’s case for a decade. After months of negotiation between the Innocence Project and the prosecutor’s office, Darrell was offered the chance to take a guilty plea even though it would end any chance for an exoneration. “When we presented the [guilty plea] option to Darrell, he just said,‘Get me out,’ ” said Potkin.

Darrell Edwards was raised in Newark, New Jersey, and returned to live there after serving in the Army for a short period. People in the neighborhood knew him well and commonly referred to him as “Hak,” short for his Muslim name Hakim.
In 1995, a Newark sandwich shop owner—who also sold drugs—was shot in the back of the head execution style, and Darrell became a suspect after police learned that the victim sold drugs with a man who also went by the name Hak (but was not Darrell Edwards). Investigators presented photo lineups including Darrell’s photo to numerous people in the neighborhood who said they saw the assailants at close range as they left the sandwich shop. Two of these witnesses reported that they were certain that Darrell was not one of the men who committed the crime. Nonetheless, Darrell was arrested and charged. Darrell was tried four times for the shooting. The first two trials ended in mistrials. The third resulted in a hung jury. At the fourth and final trial, in 1999, the prosecutors failed to present a motive for the murder, although they had credible and admissible evidence that pointed to who was actually involved in the crime. In addition, two eyewitnesses testified that Darrell was one of the assailants, albeit one of the witnesses admitted that he’d seen the assailants’ faces for no more than a few seconds while the other witness made her identification from 271 feet away (research now shows that facial recognition at that distance is impossible).The jury found him guilty. He was sentenced to life in prison with 30 years of parole ineligibility.
Almost 10 years after he was convicted, the Innocence Project helped Darrell obtain DNA testing of evidence that was used against him at trial. Results excluded Darrell as the contributor of DNA found on the sweatshirt linked to the person who shot the shopkeeper. In 2007, the Innocence Project conducted a reinvestigation into Darrell’s case. In a sworn affidavit, one of the eyewitnesses who testified against Darrell at his fourth trial recanted; she said that she’d been pressured by the police into saying that she’d seen Darrell leave the scene of the 1995 crime. Based on this new evidence, Darrell filed a motion for a new trial, but the court rejected his motion.
The Innocence Project appealed and was fighting to get his conviction overturned, but in 2012, Darrell fainted in prison. An MRI scan revealed that he had lung cancer that had spread to his brain. Darrell endured cancer treatment while he was still a prison inmate. This meant that though he was provided with care at Robert Wood Johnson University Hospital, he was made to wear full shackles before, during and after receiving chemotherapy and while suffering from the treatment’s severe physical side effects. Potkin says that ultimately the Innocence Project made the unconventional move of helping to secure a plea deal for Darrell to get him out of prison and offer him a better quality of life in his remaining days alive. “We shifted gears to get Darrell released by any means so that he could be with his family. Ultimately, he took a guilty plea that enabled him to be re-sentenced to time served and to return home,” says Potkin.
He was back home with his family on December 13, 2013. He held his grandchildren for the first time. Potkin is confident that Darrell would have been exonerated eventually; all of the evidence was on his side. But it was unclear how long the process would have taken. Darrell simply didn’t have another year to wait in prison for additional hearings, for a ruling or for potential appeals.
Darrell died on May 15 of this year, in a Newark-based hospice. He was 51 years old. “I think he was appreciative of the time he had with his family given his circumstances,” says Potkin. “But it would have been meaningful to him and to his family for his innocence to be recognized.” Darrell’s family cherished him and the time they had with him, but they were sorrowful that they didn’t have time with him sooner. “His family didn’t lose sight of the fact that Darrell had been robbed from them for so many years,” says Potkin.
In the end, Darrell will be remembered as a son, a father, a grandfather and a brother. According to his tight-knit family, he loved club music and dancing, and he savored a good joke.
“It’s hard to capture what an amazing man Darrell was,” says Potkin. “From the depths of hell at New Jersey State Prison to his last days at a hospice facility in Newark—his strength and optimism were just incredible. He was such a wonderful man, and just had to endure the worst of what this country and our system dishes out. What a loss.”