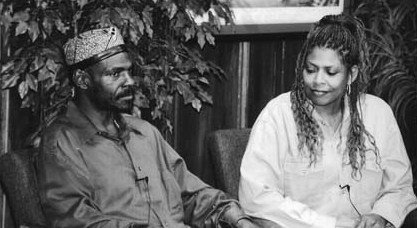 Clyde Charles, an Innocence Project client who was exonerated by DNA testing in 1999, died January 7 at his Louisiana home at age 55. He served nearly two decades in Louisiana prison for a crime he didn't commit, and, sadly, was free for only nine years before he passed away. Charles is pictured above with his sister Lois Charles Hill, one of nine siblings who worked for 17 years to help free their brother.

A memorial service for Charles is scheduled for January 17 in Houma, Louisiana. In lieu of flowers, Charles’ family has asked that donations be sent to the Innocence Project.

Charles’ nightmare began in 1981, when a white woman was attacked and raped in Houma, Louisiana. She misidentified Charles as her attacker in a show-up procedure at the hospital, and he was charged with the crime. At his trial, the prosecution also presented evidence that two hairs found on Charles’ clothing were similar to the victim’s hairs. He was convicted by an all-white jury and sentenced to life in prison. He would spend the next 17 years at Louisiana’s Angola State Penitentiary.

His brothers and sisters tried for years to find help for their wrongfully convicted brother. They contacted the Innocence Project and his case was accepted for representation. The Innocence Project was able to obtain testing on his behalf, and he became the first person exonerated through DNA testing in Louisiana. In many ways, his case paved the way for the nine Louisiana exonerations, and more around the country, that have followed in the last decade.

In 1999, after DNA testing had overturned Charles’ conviction, Innocence Project Co-Director Barry Scheck rented a white stretch limousine for Charles’ family to meet him at the gates of Angola prison upon his release.

One year later, Charles visited the U.S. Senate as a guest of Sen. Patrick Leahy to witness the introduction of the Innocence Protection Act, which granted access to DNA access to federal inmates and aimed to improve DNA testing and evidence preservation nationwide. Charles was welcomed as a special guest by a gathering of Louisiana’s senators and representatives.

He lived the next eight years in his hometown of Houma, Louisiana. His sister Lois was with him in his final days and said she believed only now is he finally free.

“This week, it’s about my brother, and all I can say is that a man set free after serving 18 years in prison for a crime he did not commit, on January 7, became truly free indeed,” Hill told reporters this week.

“I have no regrets. Two weeks ago while visiting my brother at his home, while talking, Clyde looked at me and said, ‘Lois, I know what you did for me. I know you stood beside me when many people had fell along the way, and that made me feel real good. You can’t buy that kind of love.’ I have my brother’s love, and that is the best gift I have ever received,” Hill said.


Click here to make an online donation in Charles’ memory