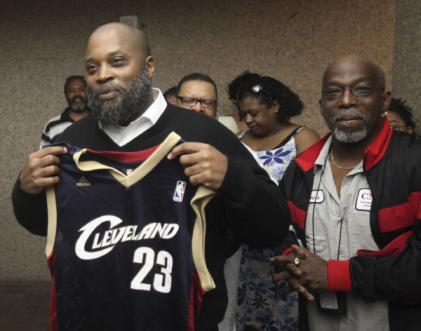 Raymond Towler, who was exonerated by DNA evidence last week after serving nearly 30 years in prison for a crime he did not commit, will be cheering on his favorite NBA team in person tonight instead of watching behind bars.  On the day of his release, Towler expressed his excitement to watch LeBron James and the Cleveland Cavaliers in the NBA playoffs and tonight he’ll be doing it courtside at their game against the Boston Celtics.  In addition to seeing James play live, Towler will be presented with a Cavs jersey in a ceremony before tipoff.