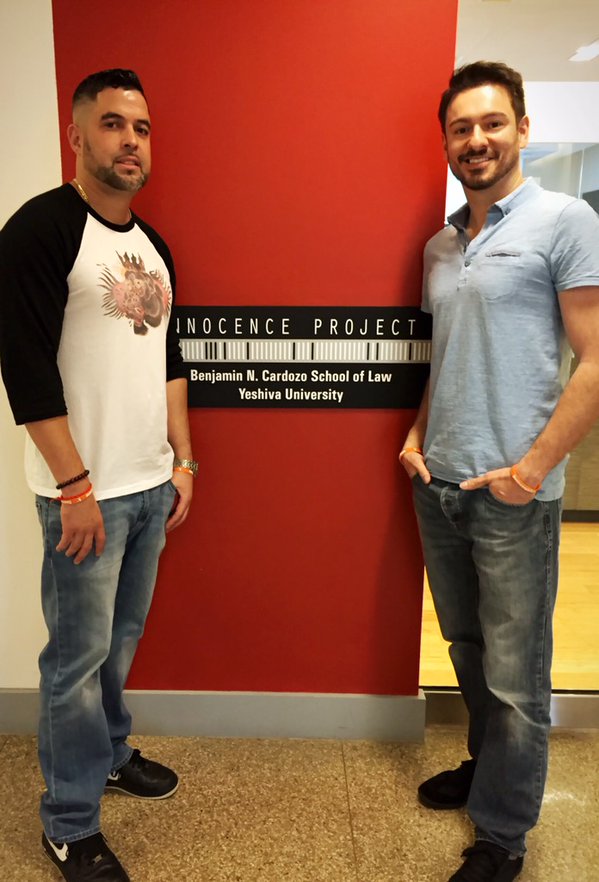 Angel Cordero was just 25 years old when, in 1999, he was arrested for the attempted murder and robbery of Jason Mercado—a college freshman from Boston University who was stabbed while walking in the Hunts Point neighborhood of the Bronx.

Despite indications that the crime had been perpetrated by neighborhood drug dealer and gang affiliate Dario Rodriguez, and despite Rodriguez’s eventual confession, Angel Cordero was convicted and served every day of a 13-year sentence. He was paroled in 2012.

Now, 16  years after his arrest, Angel has begun an emotional journey to reclaim his life and rebuild his relationship with his daughter, Sara, all the while fighting for legal recognition of his wrongful conviction. His story is the subject of


, a new award-winning documentary slated to open on October 30


Innocence Blog: Tell me a little about the evolution of the film – how Viko approached you and what your initial thoughts were when he said he was interested in making a documentary about your journey?

Honestly, I can’t recall the details about how Viko approached me the first time. Time in prison tends to stand still and I have forgotten some of it. I do remember feeling it was surreal that someone wanted to make a film about me and that I was going to get an opportunity to share my story, my struggle.


Do you think that the film might provide a platform upon which to reinforce your claims of innocence?

Yes, I think it can be an added piece to the puzzle that can lead to my exoneration. My innocence was proven some time ago. Hopefully the film can help the story be heard and assist in my full exoneration.


How does your innocence factor into the film’s narrative?

My innocence is matter-of-fact in the film; I appreciate how Viko allowed it to be seen organically while focusing on how the conviction damaged my family.


What are your plans now that you are out, both in terms of rebuilding your life and fighting your wrongful conviction?

I began to rebuild my life as soon as I got released. I am lucky that I had great family support and was able to go to school and get a certificate as an electrician. I am a member of the IBEW Local 3 Electricians Union. It’s hard work but with a felony I had to choose a career path wisely.

As for my wrongful conviction, the film helps me immensely in sharing my story. I won’t ever give up or stop fighting to have the court grant my exoneration. But, the truth is with out the support of people helping in this battle I would be lost.