Prosecutorial Oversight: A National Dialogue in the Wake of Connick v. Thompson 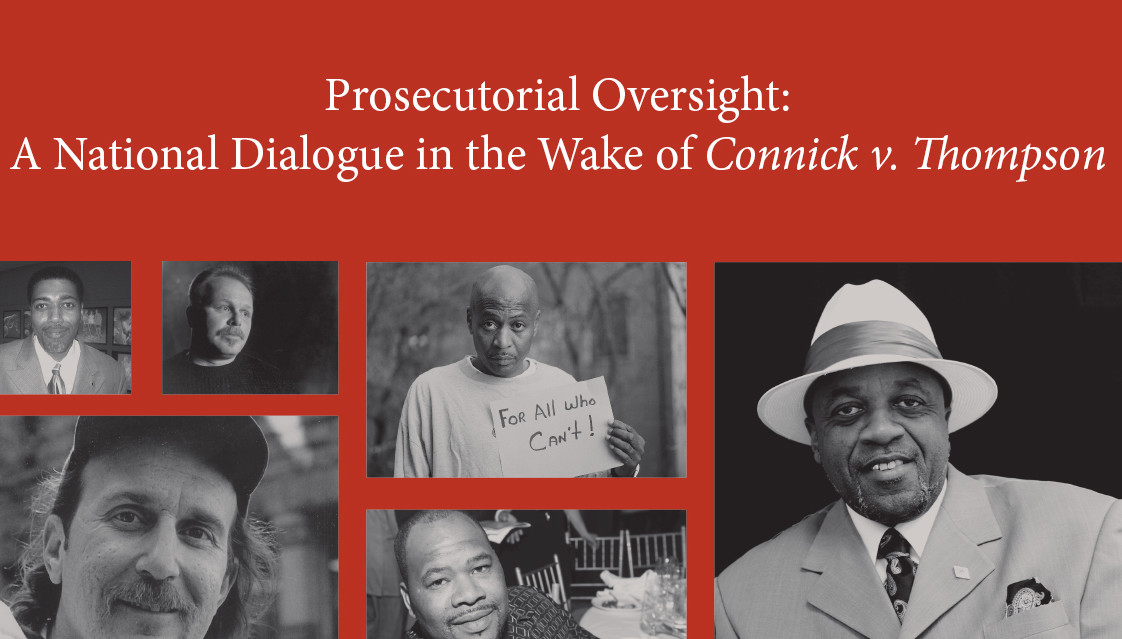 Prosecutorial Oversight: A National Dialogue in the Wake of Connick v. Thompson

In 1984, John Thompson was wrongfully convicted of two separate crimes—a robbery and murder— in Louisiana.  He was prosecuted first for the robbery, which helped prosecutors secure the death penalty in his murder case. While facing his seventh execution date in Louisiana State Penitentiary at Angola, a private investigator hired by his appellate attorneys discovered scientific evidence of Thompson’s innocence in the robbery case that had been concealed for 15 years by the New Orleans Parish District Attorney’s Office.

Thompson was eventually exonerated of both crimes in 2003 after 18 years in prison—14 of them isolated on death row. The state of Louisiana gave him $10 and a bus ticket upon his release. He sued the district attorney’s office. A jury awarded him $14 million—$1 million for each year on death row. When Louisiana appealed, the case went to the U.S. Supreme Court. On March 29, 2011, Justice Clarence Thomas issued the majority 5-4 decision in Connick v. Thompson that the prosecutor’s office could not be held liable, ultimately granting prosecutors broad immunity for their misconduct.

On the fifth anniversary of the U.S. Supreme Court’s decision in Connick v. Thompson, the coalition released available here.