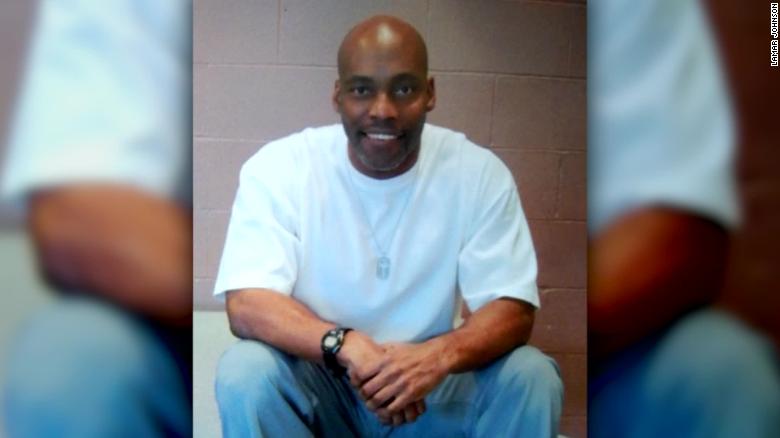 Lamar Johnson is serving a life sentence without the possibility of parole.

St. Louis — National and local leaders in the movement to end mass incarceration will hold a press conference and petition delivery tomorrow, Dec. 10, at 10am CST to demand that Missouri Attorney General Eric Schmitt end his efforts to block a new trial and release of Lamar Johnson, who has been imprisoned since 1995 on a wrongful murder conviction, and will appear before Missouri’s Court of Appeals on Wednesday for a hearing on his motion for a trial.

At the petition delivery advocates will deliver a Color of Change petition that has garnered more than 25,000 signatures, calling on AG Schmitt to stop blocking Mr. Johnson’s efforts for a new trial. The press conference will be immediately followed by a petition delivery.

Where: Outside the offices of Missouri Attorney General Eric Schmitt

Lamar Johnson was wrongfully convicted in 1995 of murdering Marcus Boyd and was sentenced to life in prison without the possibility of parole. Earlier this year, the Conviction Integrity Unit in St. Louis Circuit Attorney Kim Gardner’s office filed a motion to vacate Mr. Johnson’s conviction based on overwhelming evidence that supported his innocence. But Missouri Attorney General Eric Schmitt opposed the motion, leading a judge to deny the request for a new trial not based on the evidence, but on grounds that Johnson had technically missed the 15-day deadline in 1994 for filing a new trial motion although the evidence pointing to Johnson’s innocence was just recently discovered. Mr. Johnson continues to languish in a Missouri state prison while the decision is pending appeal.

Last week, an explosive New York Times story argued that, if the ruling on Mr. Johnson’s case is upheld on appeal, it could have wide-ranging ramifications across the state and prevent prosecutors across Missouri from reopening similar wrongful conviction cases in future.

AG Schmitt’s crusade to keep Mr. Johnson from getting a new trial is proof that the establishment in St. Louis is more committed to maintaining a failed “tough-on-crime” system than to delivering fairness or justice — even to the point of keeping an innocent man in jail. Circuit Attorney Kim Gardner, in contrast, is fulfilling her role as a prosecutor by using her discretion to champion a new trial for Mr. Johnson.

Color Of Change, the Missouri NAACP, the Organization for Black Struggle, the Innocence Project, the ACLU of Missouri, the MacArthur Justice Center, Missouri Faith Voices, Metropolitan Congregations United, and the Universal African Peoples Organization will gather outside of AG Schmitt’s office to demand that he withdraw his opposition to a new trial for Mr. Johnson and allow the case to be decided on its merits. Members of Mr. Johnson’s family are also expected to speak.

RSVP: Members of the media can RSVP to this event by emailing Justin Henry at [email protected].