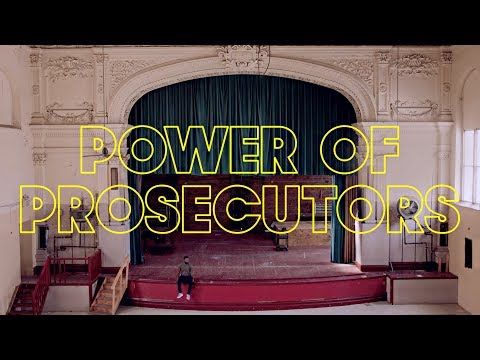 In the lead up to Brooklyn’s district attorney primary on Tuesday and the more than 1,000 similar elections slated nationally in the coming year, Brooklyn Defender Services has released a short film urging people to get out the vote in these often overlooked yet key political races.

The four-minute video, entitled Power of Prosecutors, features a host of attorneys, legal experts and civil rights activists speaking out about the immense power that prosecutors have in shaping the criminal justice system and calling on the public to do its part in creating a more just system by electing reform-minded prosecutors.

“The prosecutor is a huge part in how safety is shaped,” says activist Deray McKesson in the film. Prosecutors determine a wide range of mechanisms that drive how the criminal justice system operates such as what is and isn’t prosecuted, the recommended sentences for people and what bail looks like, explains McKesson.

Innocence Project Senior Attorney Nina Morrison, who is in the film, says: “An elected district attorney has the power to set policy for an office of hundreds of lawyers, which in turn has a ripple effect on thousands and thousands of cases every month in the system.”

Hence, say those in the film, it is imperative that those who are unsatisfied with the current state of the system to vote in their upcoming district attorney elections. Voters must leverage their political power and show up at the polls on election day to vote for district attorneys who share their values.

Adam Foss, former assistant district attorney in the Suffolk County District Attorney’s Office, says in the film, “Prosecutors, tomorrow, could change the justice system if they wanted to . . . . What the public wants to have happen is what the district attorney should be doing.”