Polk County GOP to Bastrop D.A: Cancel the execution date, test all the evidence, and initiate a new trial

Screenshot from Dr. Phil's visit and interview with Rodney Reed at Allan B. Polunsky Unit in West Livingston, Texas.

(Polk County, Texas — November 8, 2019) — Support for Rodney Reed continues to mount from Oprah Winfrey to Texas lawmakers. On the same day that 16 Texas senators wrote a bipartisan letter urging Governor Abbott and the Texas Board of Pardons and Paroles to stop Reed’s execution, the Polk County Republican Party wrote a letter calling on Bastrop County District Attorney Bryan Goertz to “cancel the November 20 execution date, test all the evidence, and initiate a new trial.”

Reed, who has been on death row since 1998, is incarcerated in Allan B. Polunsky Unit in West Livingston, Texas, which is located in Polk County. 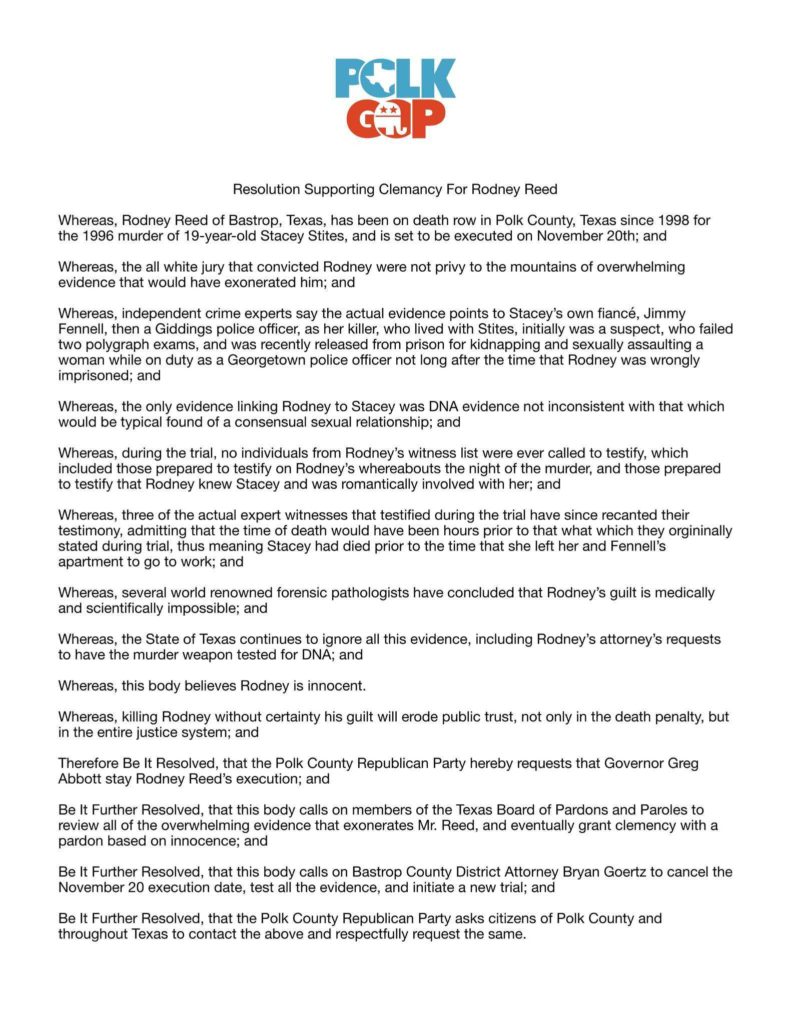