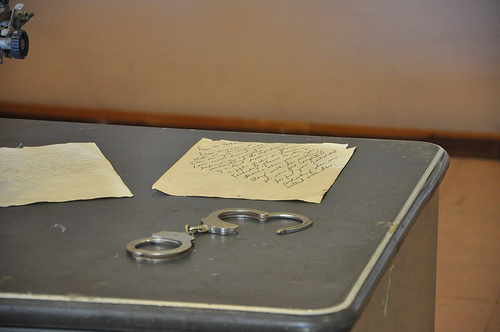 An op-ed in SNJ Today by guest columnist Albert Kelly highlights the need for reforms in the area of plea-bargaining in New Jersey.

Kelly notes that in 94 percent of cases in the state, the defendant took a plea bargain. In many of those cases, the defendant may have pleaded guilty to a crime he or she did not commit simply to avoid the possibility of jail time.

For many working people, the consequences of even a short jail sentence are dire: loss of employment, loss of child custody and loss of housing due to missed rent payments. When the stakes are that high, taking a case to trial is too much of a risk, even for those who are innocent of the crimes of which they are accused.

In nearly 11 percent of the nation’s 350 DNA exonerations, the defendant took a plea deal. The National Registry of Exonerations has identified 360 cases of innocent people who pleaded guilty.

Kelly notes that defendants usually take plea deals at the advice of their court-appointed attorneys, who are often overwhelmed with casework and short on time and resources.

“If you get a public defender, it’s generally little more than face time in a hallway, some horse trading with the prosecutor about your future and a ‘take-it-or-leave-it’ offer,” Kelly wrote. “Actual guilt or innocence can be a bit of a nuisance, expensive, and almost beside the point—so you plead.”

Kelley suggests reforms begin with public defense, ensuring that sufficient funding and resources are dedicated to providing adequate representation and a fair trial for all people.

Kelly writes: “The fact that we have innocent people pleading guilty suggests, at the very least, that plea bargains have become weaponized. At worst, it is a betrayal of ‘innocent until proven guilty, the state meeting its burden, being judged by one’s peers, and basic fairness.”