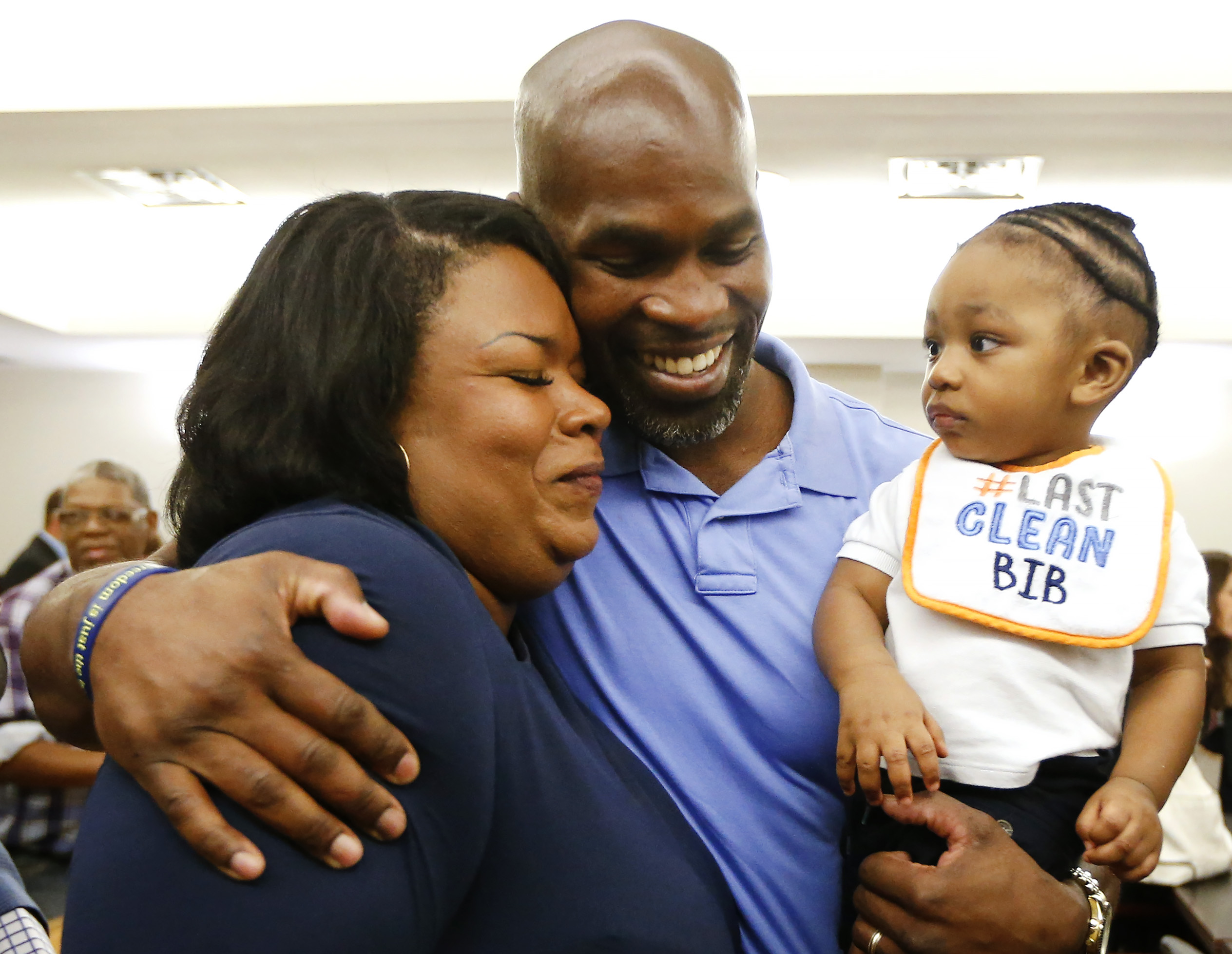 Here are some photos of Nolley’s first moments of freedom in 21 years. All photos by Ron Jenkins. 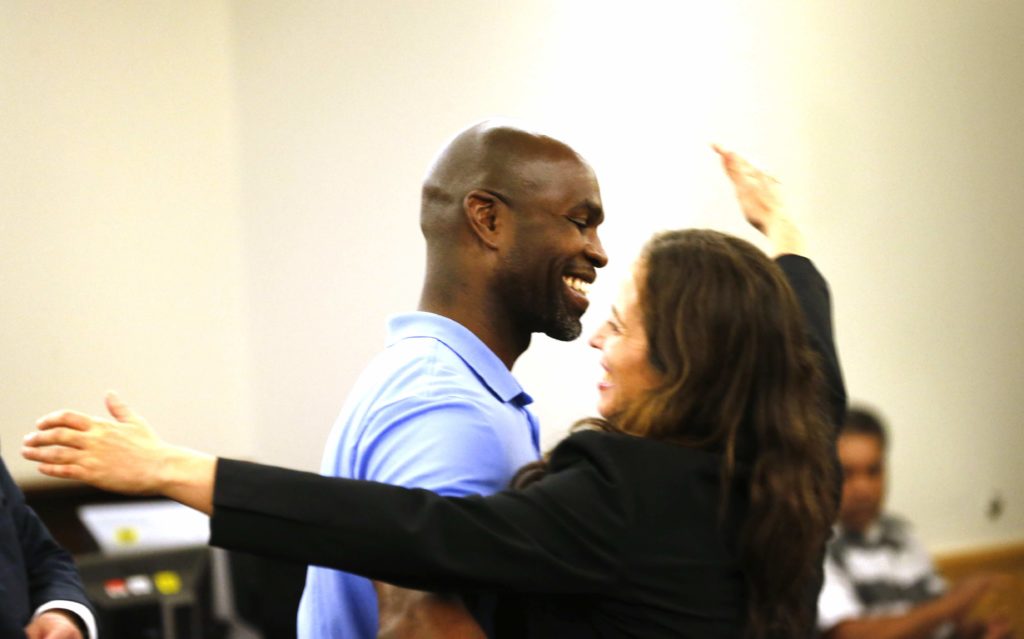 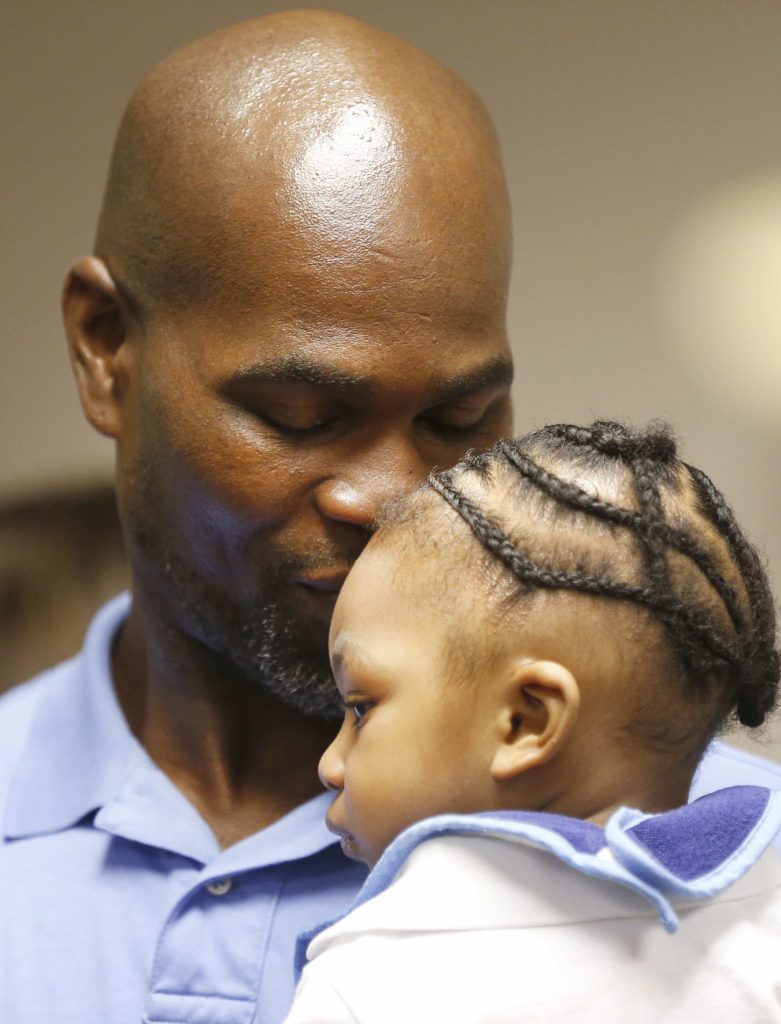 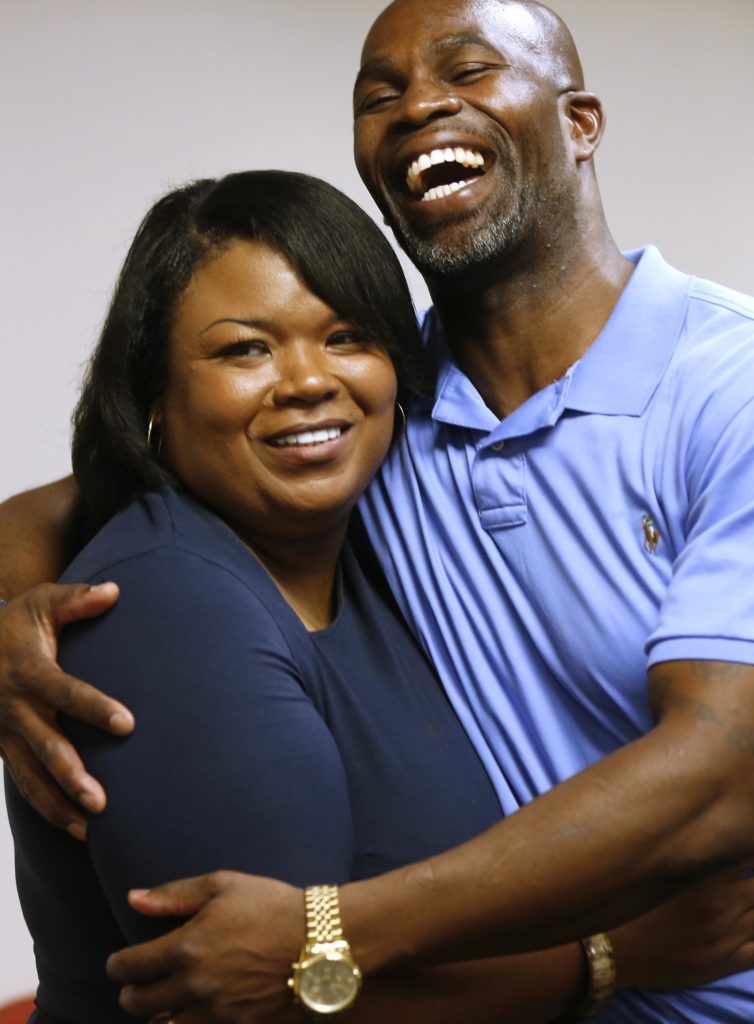 Nolley celebrates his freedom with his wife Kim. 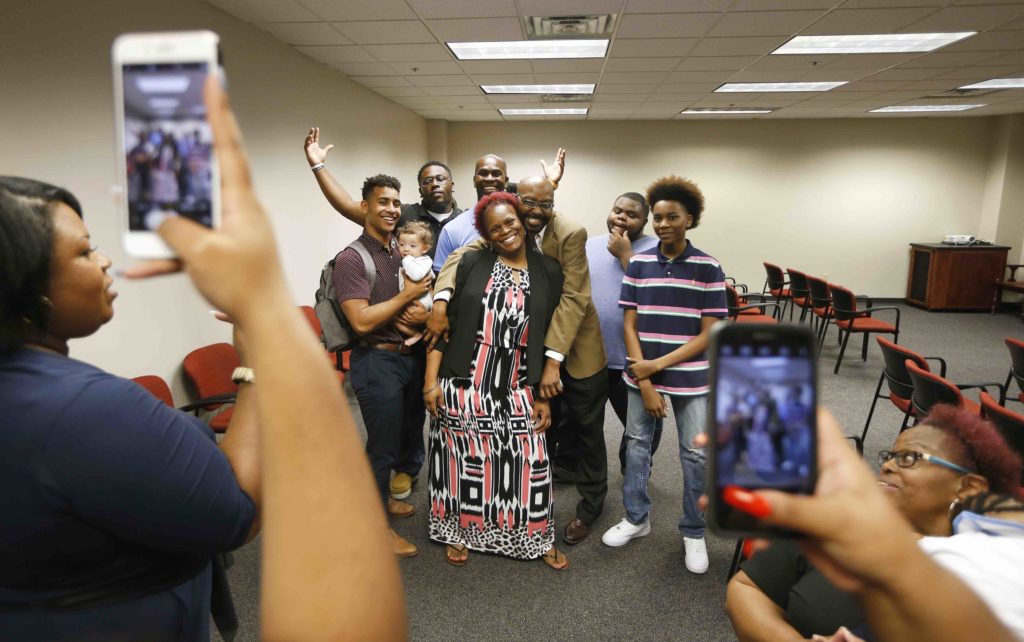 Nolley smiles for the cameras with his family. 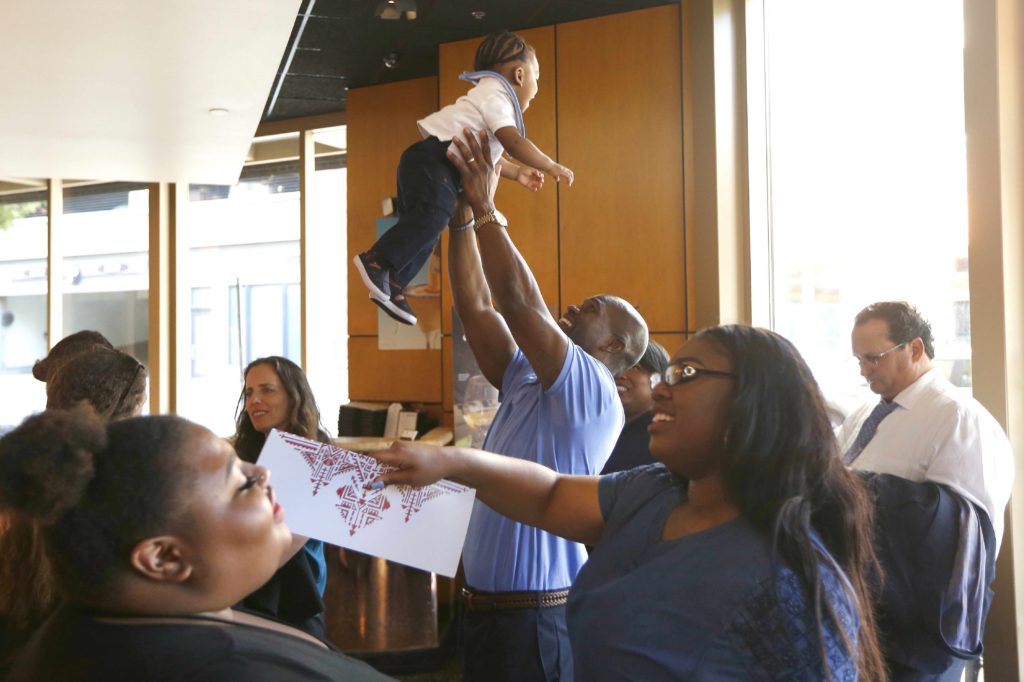