These Photos of Exonerees Hugging Their Moms Will Make You Smile 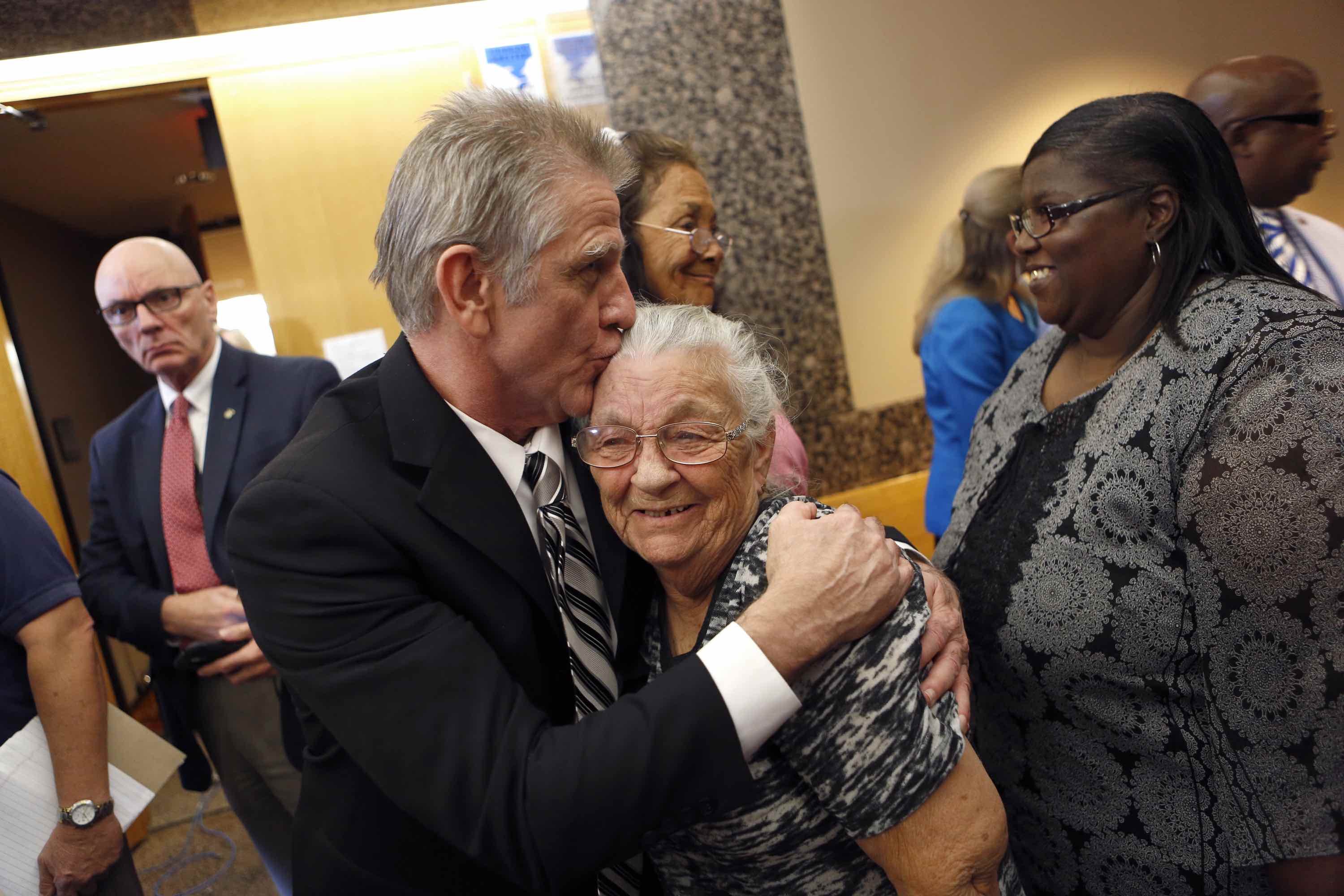 Steven Mark Chaney hugs his mother, Darla Chaney, for the first time in years after walking out of a Dallas courtroom this afternoon after a court reversed his 1987 murder conviction because of discredited bite mark testimony. Photographed on Monday, October 12, 2015. (Photo copyright Lara Solt)

The Innocence Project celebrates the resilient and courageous mother’s of the wrongfully convicted — Happy Mother’s Day! George Allen Jr. was exonerated on January 18, 2013, in St. Louis, Missouri, after serving over 30 years in prison for the murder of a young court reporter. Davis, represented by Cooley Innocence Project, served 7 of 22 years for a sexual assault he did not commit. He continues to fight for wrongful conviction compensation in Michigan. Dewey was exonerated after serving 17 years for murder. (Photo by: William Woody)

Anderson served 20 years in prison and in December 2001, became the ninety-ninth person in the United States to be exonerated by DNA. Today, he serves as Chief of the Hanover, Virginia Fire Department and on the Board of the Innocence Project. (Photo by Lisa Ross) “I felt like I was in prison, too, because he was my child and I couldn’t help him,” Patricia Morton.

After spending nearly 25 years in prison for the murder of his wife, Morton was released on October 4, 2011, and officially exonerated in December 2011.

Related: George Allen’s mom stood by him for 30 years in prison