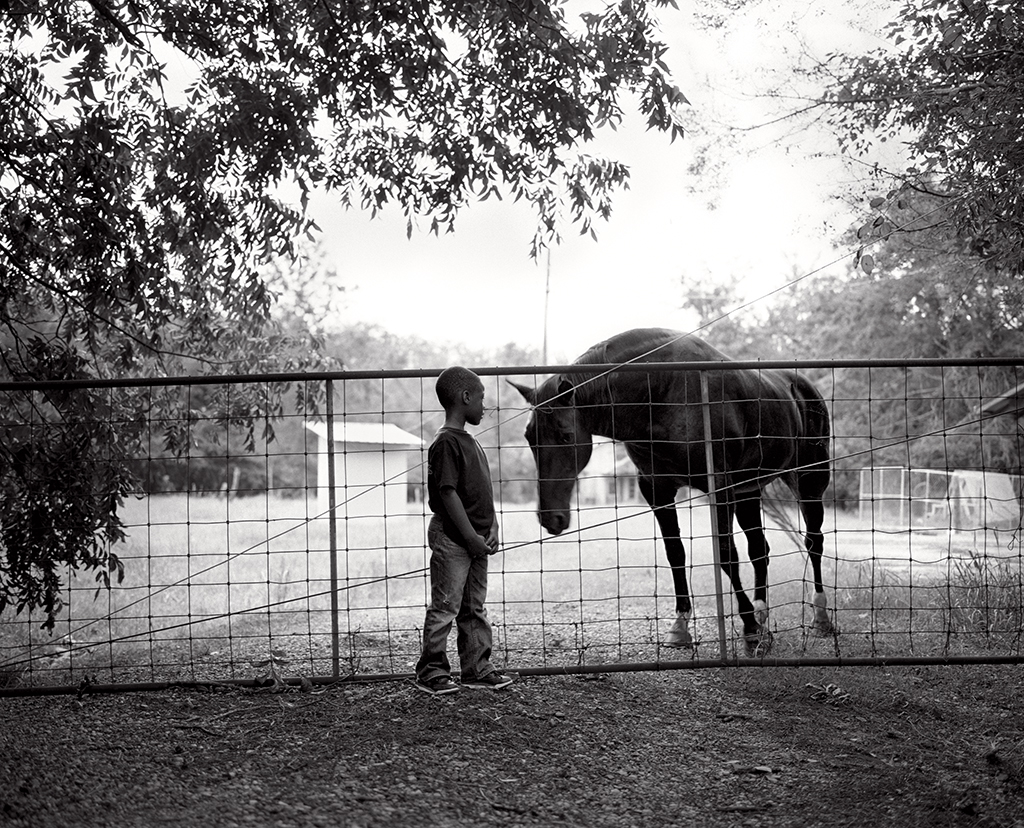 Isabelle Armand is a documentary photographer based in New York City, who has spent the past two years working on a project entitled “Levon and Kennedy.” The project is a series of photographs of Innocence Project exonerees

who were both wrongfully convicted of related crimes based on inaccurate forensic evidence and negligent police conduct. The exhibition “Levon and Kennedy” is set to premiere in Oxford, Mississippi in fall 2015, alongside the release of a published collection of the photographs.

When asked about how the project came to fruition, Armand told the Innocence Project that three years ago she read an article about Levon’s and Kennedy’s cases which stuck with her and compelled her to reach out to the

in order to connect with the two men and their families, and to raise awareness around wrongful convictions. For Armand, Levon’s and Kennedy’s cases were “mindboggling” because of the apparent lack of accountability or care shown by authorities in their small town. “In this case” Armand said, “we also have some perspective on how complex wrongful convictions can be.” In taking on this project, Armand felt compelled to better understand the complexity of what had happened to Levon and Kennedy and felt that it was important to help others try to understand their story within the context of wrongful convictions in the South and other parts of the United States. Levon Brooks and his girlfriend Dinah at Berdie’s Restaurant in Macon.

“It is a good idea to tell a specific story” Armand explained, “in order to raise awareness and show that it can happen to anybody, that it’s very real.” Telling a story through pictures is often more compelling and personal than just reading about it, which is why Armand feels that a primary goal of the project is to “make it more real for the larger public.” Kennedy Brewer and his girlfriend Omelia at their favorite Sunday spot at the Noxubee River Refuge.

While “Levon and Kennedy” is about the two men, many of the photographs focus on their families and life in Macon and Brooksville, Mississippi where they each grew up. It was important for Armand to show the people and places around the two exonerated men because it will hopefully create a connection between the exonerees, their families, and viewers– particularly for people who come from very different areas and circumstances.

Annie Brewer, Kennedy’s mother, on her 79

birthday.  Annie had 15 children and  was picking cotton at age 15 before she got married to Charlie at 16.  She had unshakable faith that her son would be freed.

Working on “Levon and Kennedy” brought Armand to Mississippi and to the South, which was a new experience for her. Through developing strong relationships with Levon, Kennedy, and their families, Armand found herself “falling in love with the place and the people.” Armand told us that “the whole experience was very enriching for me. I learned a lot about the culture, which is very generous and family-oriented. The families provide support and show a lot of resilience.” The photographs themselves are quite remarkable because of the spirit of the people that they capture. “The pictures are good” Armand said, “because you can see the generosity in both men. They are charming, strong, and they go without recognition.”

It is Armand’s hope that the exhibitions of the project will connect with the public in meaningful ways, but also that the published collection of photographs will stand as a record and testament to what Levon and Kennedy have gone through. Armand is also happy that the families will have the book for posterity and as her own personal tribute to them and their story. “They deserve to be known better” Armand said, “There are other families like them.” Jeremy, Levon’s grandson, at the old plantation where Levon grew up.  Levon’s father, Rich, was in charge of the dairy. He and Levon would round up the cattle on horseback.


VIDEO: Watch an interview with Isabelle Armand discussing the photographs.


Read more about the project at the Mississippi Innocence Project website.