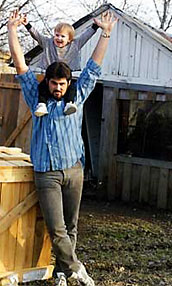 Eight years after Cameron Todd Willingham was wrongfully executed of the arson murder of his three daughters, his surviving relatives filed a petition with the Texas Board of Pardons and Paroles seeking a posthumous pardon based on overwhelming evidence of his innocence. A leading arson scientist submitted a report refuting the arson science used to convict Willingham to Governor Rick Perry and the Board of Pardons in the days leading up to his 2004 execution. And since then,eight other leading arson scientists have concurred that the evidence used to convict him was based on outdated forensic science.

Willingham’s relatives spoke about their quest in today’s press release.


“It was Todd’s last wish that we help to clear his name. We owe that to Todd and to all the other people who might have been convicted based on the same faulty evidence,” said Eugenia Willingham, Willingham’s stepmother. Patricia Willingham Cox, Willingham’s cousin added, “We weren’t able to save Todd’s life, but thanks to the help of many of the nation’s renowned arson experts who reviewed the evidence in his case, we now know that Todd was wrongly convicted. It’s time for the state to own up to its mistake and give Todd the justice he deserves.”