Paul Hildwin to be Retried Despite Affirmative Evidence of His Innocence 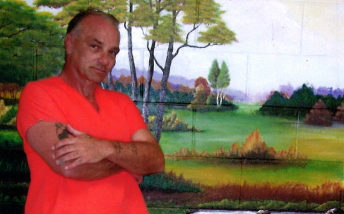 Paul Hildwin spent decades on death row for a 1985 murder until 2014, when the Florida Supreme Court overturned his conviction based on the discovery of DNA evidence pointing to his innocence. DNA testing obtained after many years of court battles with the help of the Innocence Project proved that the critical evidence used to connect Hildwin to the crime belonged to the victim’s boyfriend, who the defense argued all along was the likely perpetrator. The Florida Supreme Court ruled that “the scientific evidence relied upon at trial has been proven to be false, and the new scientific evidence actually supports Hildwin’s defense.”

Now, Hildwin, who is 59 years old and a three-time cancer survivor, is facing a retrial which has been postponed due to the reoccurrence of his cancer. Despite evidence of Hildwin’s innocence and debilitating illness, Florida prosecutors intend to retry him again and seek the death penalty. But as Andrew Cohen explains in a detailed Slate column, the long history of state misconduct and inadequate lawyering that tainted Hildwin’s first trial, combined with the loss of key evidence and witnesses in the ensuing three decades, make it impossible to give Hildwin a fair trial now.

Hildwin’s trial was flawed from the start. Primarily, Hildwin was appointed a public defender who minimally investigated the case. When that attorney eventually resigned, Hildwin was assigned an attorney who’d been practicing law for less than four years, had never tried a murder case and was unable to effectively question witnesses on basic matters.

But despite the attorney’s incompetence, he raised a number of challenges to the state’s withholding of key evidence. One such example is when the prosecution introduced blood evidence at the start of trial that allegedly tied Hildwin to the crime. When Hildwin’s lawyer said he had no prior knowledge of this evidence and no time to prepare to address it, the prosecution said that he hadn’t done his job to find it. The judge sided with the prosecution. Significantly, this evidence has since been proven to be false based on the DNA testing that resulted in the reversal of Hildwin’s conviction in 2014.

It was this flawed serological testimony upon which Hildwin’s capital conviction largely rested. At trial, the prosecution presented a serology expert who incorrectly claimed that bodily fluids found on two pieces of crime scene evidence—women’s underwear and a washcloth—matched Hildwin. That evidence came from a FBI forensics expert who claimed that Hildwin was among only 11 percent of the world’s white male population who could have deposited the fluids. The expert also claimed that the fluids couldn’t have come from the victim’s boyfriend.

In 1995, the Florida Supreme Court threw out Hildwin’s death sentence based on the ineffective assistance of his trial counsel. Then, in 2003, DNA testing excluded Hildwin as the source of semen and saliva found on the two pieces of crime scene evidence. For the next seven years, the Innocence Project fought prosecutors to submit the DNA profile into the CODIS DNA database to determine the source of the DNA. In 2010, the Florida Supreme Court finally ordered a DNA database search on the DNA profile, which matched to the victim’s boyfriend.

In addition to the favorable DNA test results, Hildwin’s capital defense lawyers on appeal also uncovered evidence of Hildwin’s innocence that was never turned over to the defense. The victim’s nephew and another witness told investigators they saw the victim alive nearly 12 hours after the prosecution claimed Hildwin had killed her, yet neither were called to testify during trial.

Now, with the impending retrial, Hildwin’s attorney Lyann Goudie (who is handling the case pro bono) has filed a motion to dismiss the indictment with Hernando County Circuit Judge Stephen Toner, arguing that it’s impossible for Hildwin to receive a fair trial. As Goudie notes, at least 12 witnesses from the 1986 trial are either dead, unavailable or don’t remember the key events.

“No jury should ever be allowed to hear a capital case so disabled as this one has become over time.” – Andrew Cohen

“If their original testimony was read into the record, that would mean no chance for vigorous questioning by the defense Goudie says was lacking in the first go-round,” writes Sue Carlton in the Tampa Bay Times. “She says this essentially makes her second-chair to a lawyer who would not even have been qualified for this case by today’s minimum standards.”

Prosecutors have opposed the motion.

“If [Judge] Toner accepts the premise of all these old appellate decisions, he will be incorporating into a second trial all of the constitutional flaws and failings of the first trial,” Andrew Cohen opines in Slate. “And he will be ignoring all of the facts and evidence we have learned about the crime since that first trial.”

“The easy out here for the judge would be to allow the case to go to trial and then blame or credit the result on jurors,” concludes Cohen. “But no jury should ever be allowed to hear a capital case so disabled as this one has become over time. The right call here for [Judge] Toner, even if it is the difficult call, is to dismiss the indictment and bring an end to this sorry story once and for all.”

With no ruling yet from the Court on the motion to dismiss, jury selection is set to begin Monday.