Passover and the Innocence Project 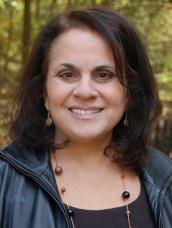 By Audrey Levitin, Director of Development and External Affairs


In Jewish tradition, the holiday of Passover retells the story of the Jewish people’s exodus to freedom after bondage. The holiday calls us to reflect on ideas that are closely aligned with the spirit of our work at the Innocence Project. In many ways, each exoneration is a modern story of redemption.

Since 1989, 305 innocent people have walked out of prison as a result of post-conviction DNA testing. With their families reunited and their names cleared, hundreds of people have had the chance to move forward and rebuild their lives. Like the Israelites during their journey to freedom, the exonerees have experienced profound injustice, followed by a series of unpredictable and miraculous events, and ultimately liberation.

Recently, three exonerees spoke to us here at the Innocence Project. Their testimony inspires our staff, our clinic students and supporters to continue our efforts on behalf of others who have been wrongfully convicted. Each of their stories is unique—but without fail, the exonerees move us with their courage, tenacity and generosity of spirit.

As we remember during Passover, freedom from bondage brings new challenges: the exodus from Egypt was followed by decades of hardship in the desert. The stories of the DNA exonerees also reflect the challenges of meeting freedom’s demands once it has been attained. Thankfully, the support of our generous donors allows us to aid the exonerated during what is often a difficult transition to freedom.

The incarceration and exoneration of an innocent person and the new challenges that freedom can bring are doubly meaningful to me. They represent a model for spiritual engagement—and an urgent call-to-action for all of us to transform the system that leads to such injustice, so that other innocent people can be freed.