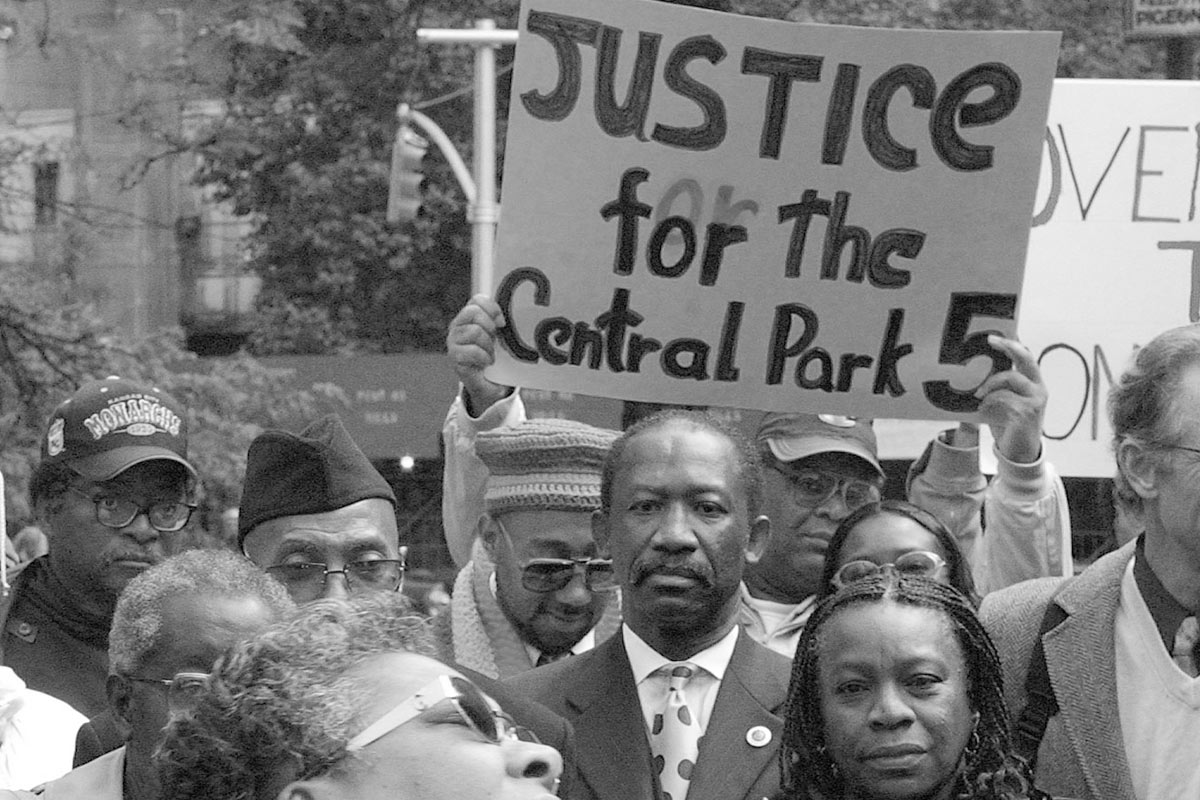 On May 31, Ava DuVernay’s highly anticipated miniseries When They See Us premiered, chronicling the devastating story of Antron McCray, Kevin Richardson, Yusef Salaam, Raymond Santana and Korey Wise who were just teens when they were wrongfully convicted of raping a jogger in New York’s Central Park in 1989.

In just a few days since the release, we’ve seen an outpouring of support across our social channels for the powerful series, the wrongly incarcerated and from those demanding change to fix the broken legal system responsible for systemic injustice. Below we’ve selected a few highlights from the community.

Watch @WhenTheySeeUs. It's a gorgeously told story with amazing performances, but it is more than that.
As a therapist, I worked with adjudicated teenage boys for several years. Don't convince yourself this was a unique case. After watching, check out @innocence.

If you ever have a chance look up the @innocence They came to our campus and brought Raymond Santana to speak to us.. It was part of my social justice class. It was the most heart breaking and life changing lecture to sit through

We discussed the ethics of covering the #CentralParkFive in @jelani9’s class at Columbia. As I watch #WhenTheySeeUs I see more than ever how the press failed those boys. I won’t do the same in my own reporting.

Raymond, Kevin, Antron, Yusef, and Korey – I see you. Thank you @ava

@Shannon.p.mccauley: The Central Park Five documentary broke me. It changed my perception of our judicial system. Then, I watched The Kalief Browder documentary, and I completely lost it. These are the stories people need to know. They need to hear this. They need to KNOW this.

@tania_chiu: Sparked a conversation with my 10 year old son about his Miranda rights.

@elizabethtracy_: This has made me want to go to law school 10x more than I already do.

@effymonroy: I’m from Spain and it was shocking to see the legal system in America. Still crying.

@sulivai: All of us (especially POC!!) need to learn our rights, and what we can do if we are taken in.

@Crrt_2b: This is the first film ever to bring out every emotion in me all at once. Not only did they show the injustice of all the boys through every step of the proceedings but also sheds light on prosecutorial misconduct, politics, prison industrial complex and on and on. And most important was that it is now public. More of these films please.

Rayna Barlow: This story changed my life. Looking at things from a different view. Those precious good boys were innocent! I am happy they are free and sorry they had to endure the worst. So proud of them surviving and using the money for something positive. They should be honored.

Watch When They See Us  and join the conversation using @innocence  and #WhenTheySeeUs — so we can hear what you’ve got to say!

*Comments were edited for clarity.