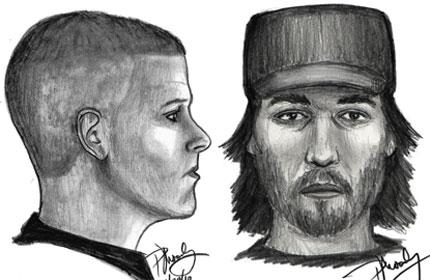 With eyewitness misidentification being the single greatest cause of wrongful convictions nationwide – playing a role in more than 75% of convictions overturned through DNA testing – it is no surprise that two witnesses to a recent crime described the suspect quite differently.

Late last Tuesday in Jupiter, Florida, a man broke into a couple’s bedroom and started shooting.  The woman was critically injured and a guest asleep on the couch was spared, but the man in the bed was killed.

The police sketch artist told The Palm Beach Post News that the descriptions came from different witnesses and that the second witness had gotten a better look at the suspect.

“It’s scary because everyone wants to believe when someone tells you they saw the guy who did it. Just at the gut level you want to be able to trust them. Unfortunately, in case after case they’re often wrong,” said Donnie Murrell, (a Florida attorney who has worked on eyewitness identification issues.)

Paul Moody, the sketch artist who drew both images cautions that police drawings should never be used alone to identify a suspect, but they can be useful to follow leads and trigger people’s memories.