On Juneteenth, Here Are 5 Ways to Be a Better Ally

These ideas are intended to strengthen allyship in the fight for racial justice and criminal justice reform. 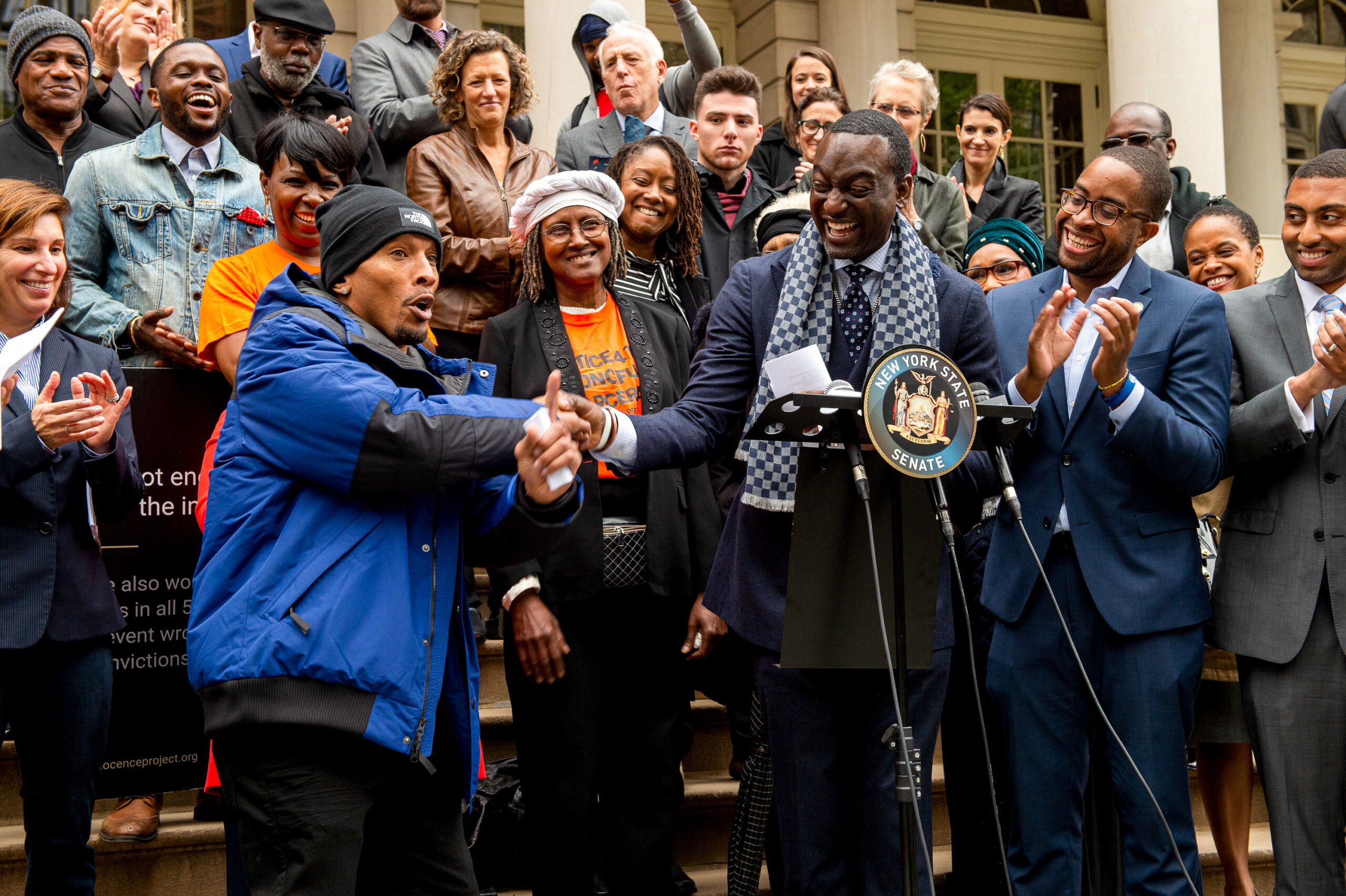 Juneteenth marks a seminal moment in American history. The celebration, which takes place on June 19, commemorates the emancipation of those who were enslaved in the U.S.

While chattel slavery’s end is often tied to President Abraham Lincoln’s declaration of the Emancipation Proclamation on Jan. 1,1863, about 250,000 slaves in Texas didn’t learn of their freedom until June 19, 1865 — when Union General Gordon Granger arrived with an army to liberate them and announced that “[the] people of Texas are informed that, in accordance with a proclamation from the Executive of the United States, all slaves are free.” Since then, Juneteenth (short for June 19th) has become known as the country’s second independence day.

Liberation is core to the Innocence Project’s mission. In commemoration of Juneteenth, we offer five ideas for being a better ally in the struggle for racial justice and criminal justice reform, drawn from our five pillars of work: Exonerate, Improve, Reform, Support, and Educate.

The Innocence Project works to free and exonerate wrongfully convicted people and to reform the systems that lead to these injustices.

Similarly, it’s important for allies to proactively engage in breaking down systemic barriers that prevent vulnerable people from receiving fair and equal treatment by the country’s policing systems and criminal legal institutions.

The injustice has also manifested in the treatment of Black and brown defendants in court. According to a 2017 report from the United States Sentencing Commission, for example, Black men convicted of crimes continued to receive longer sentences than similarly situated white men. Black and Latinx people are also more likely than white people to be denied bail, face a higher cash bail, and be detained as a result of not being able to post bail, the Sentencing Project notes. More concerningly, Black people are the most likely to be wrongfully convicted for crimes they didn’t commit, according to the National Registry of Exonerations.

Addressing some of these issues begins with holding those in power accountable and making sure that people who are pushing for fair and equitable criminal justice systems are in those positions of power. Raising concerns at community board meetings or taking part in civilian review boards establishes a level of police oversight. Moreover, voting for candidates with a commitment to reform who are looking to fill local judiciary, prosecutor, or attorney general positions can help ensure that criminal legal systems are guided by those who better understand the impact of the law on marginalized communities.

In addition to providing the wrongly convicted with legal representation, the Innocence Project works through legal systems to improve the law and its practice. Attorneys take a range of approaches to help establish legal precedent in areas that are prone to inaccuracies (such as the use of unreliable forensic evidence and eyewitness testimony). Addressing these root causes of injustices is part of the organization’s larger endeavor to improve the systems for everyone and particularly those who are most vulnerable.

In the fight to improve criminal justice systems on a broader scale, allies need to first understand that the perception and treatment of arrested individuals too often depends on how they look and where they come from. For instance, people who live in neighborhoods with high levels of punitive police surveillance and fewer financial resources (many of whom are working-class people of color) are more likely to be arrested multiple times and experience racism. Those who live in higher-income neighborhoods and can hire their own attorneys, on the other hand, are more likely to be given a second chance by law enforcement.

Being a powerful advocate for criminal justice reform involves learning about racial and class biases. Allies who want to improve criminal justice systems might start by strengthening their understanding of how racial discrimination, classism, and the legal systems intersect in the U.S. and how they have, in turn, marginalized at-risk populations.

The Innocence Project engages in policy work, collaborating with Congress, state legislatures, and local officials to pass laws and policies that limit wrongful convictions. The work touches on issues including — but not limited to — police deception, misapplication of forensic science, proper compensation for exonerees, and access to post-conviction DNA testing. Reforming these issues through large-scale advocacy guarantees that everyone — not just the organization’s clients — are afforded a degree of justice.

Allies should consider how they can broaden their allyship to help those outside their personal circle. Recent racial violence across the U.S., alongside increasing political polarization, has highlighted a desperate need for reform in every facet of American society. Police murders of Black and brown people, for instance, have drawn attention to the lack of guidelines and laws that hold law enforcement accountable. In response, advocacy groups, together with local and state officials, have worked together to revamp police practices. In May, for example, Illinois passed legislation that banned the use of deceptive police tactics in the interrogation of minors. The law was rooted in the work and expertise of the Innocence Project, the Illinois Innocence Project, the Office of Cook County State’s Attorney Kim Foxx, and the Center on Wrongful Convictions at Northwestern University School of Law. Similar bills have also been introduced in New York and Oregon.

Pushing for national reform on issues like police and prosecutorial accountability — whether in the form of signing petitions, urging local officials to support a bill, or raising awareness through grassroots campaigns — benefits everyone.

The Innocence Project fights for the exoneration of its clients and provides support for exonerees who have spent many years behind bars and may struggle with rebuilding their lives upon their release. The organization’s social work department addresses exonerees’ needs on an individual basis, ranging from locating family numbers to finding housing.

One of the Innocence Project’s major efforts involves mandating restitution to freed, innocent individuals for the time they spent imprisoned. This year, for example, the organization helped lead efforts in Maryland and Idaho to compensate those who were wrongfully convicted at the state median household income (currently $85,000) and $70,000 respectively for each year of imprisonment. The new Idaho law also includes provisions that both provide restitution for pretrial detention and award wrongfully convicted people $25,000 for each year spent on parole or probation.

Supporting exonerees or backing organizations that provide the necessary resources to underserved populations is a critical role that all allies can play. This support, which can take many forms including fundraising or volunteer work, can go a long way in making criminal justice systems more equitable.

The work of the Innocence Project’s science and research team largely informs the organization’s reform efforts. Not only does the team push for a science-based evaluation of common forensic techniques and the inclusion of scientific evidence that may have been previously unavailable, it also provides resources on wrongful convictions to researchers and lawyers.

In allyship, education is critical as well. Being an effective ally consists of not only taking action but also proactively educating oneself. It is important to note that it is not the responsibility of those who have faced or are facing injustices in the criminal justice systems to educate allies about their experiences — allies should recognize the power they have to undertake that education themselves.

For those who are looking for a good place to start, consider one of the Innocence Project’s reading lists on wrongful convictions here.