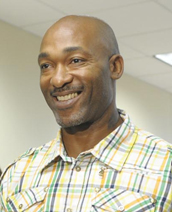 One year after being exonerated by DNA evidence of an armed robbery in Tulsa, Sedrick Courtney was declared actually innocent Tuesday, making him eligible to seek compensation from the state.

Courtney was convicted in 1996 and sentenced to 30 years behind bars. He spent 15 years in prison and a year on parole for a 1995 robbery before DNA testing proved his innocence last year.

Although Tulsa County District Judge William Kellough was the judge to approve Courtney’s actual innocence claim yesterday, he wasn’t always on board with Courtney’s exoneration, reported the Tulsa World. According to the state’s Supreme Court, Kellough had previously erred in denying Courtney a “threshold determination of actual innocence” in a hearing after his conviction was overturned based on DNA testing excluding him as the perpetrator.

Without an actual innocence finding, Courtney wouldn’t have been entitled to compensation. Under the state’s law for compensating the wrongfully convicted, Courtney can receive a maximum of $175,000.