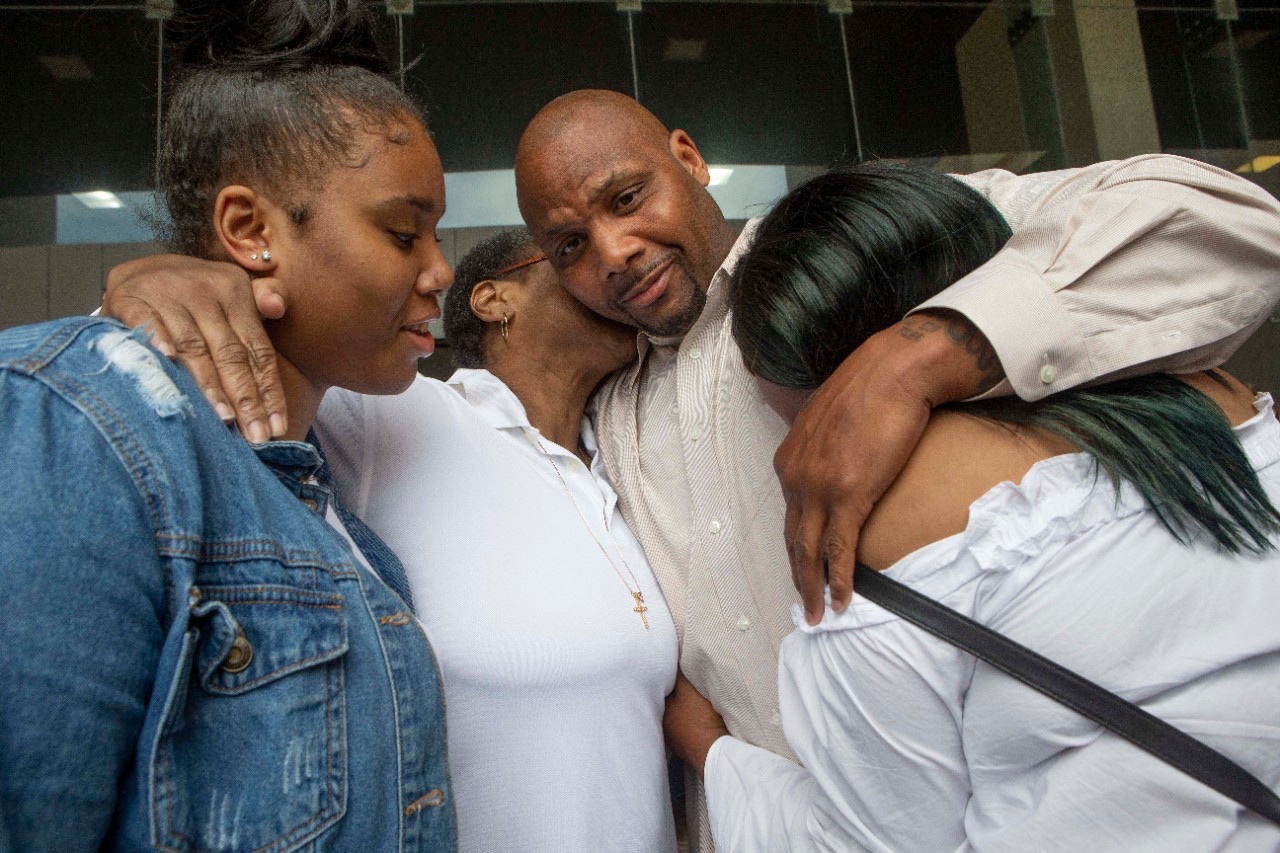 Chris Miller embraces his family after his exoneration on June 21, 2018. Photo: Joseph Fuqua II courtesy of the Ohio Innocence Project.

Yesterday in Cleveland, OH, Christopher Miller was exonerated after spending 17 years in prison for a crime DNA proves he did not commit. Miller was freed with the assistance of the Ohio Innocence Project.

In 2002, Miller was convicted of kidnapping, aggravated sexual assault and robbery and sentenced to 44 years in prison. On the day after the crime, police located the victim’s cellphone in Miller’s possession, which made him the prime suspect. Miller claimed he’d purchased it from a stranger on the street in exchange for drugs and maintained his innocence. The victim later identified him as one of her attackers.

Pretrial DNA testing of the rape kit excluded Miller and revealed an unknown male profile. The prosecutor argued that the unknown profile must’ve belonged to Miller’s accomplice, since the victim claimed that two men had attacked her. Miller was ultimately convicted based on the victim’s identification of him and his possession of her cellphone.

Two years after Miller’s conviction, investigators matched the DNA from the rape kit to Richard Stadmire through the state’s DNA database. After the DNA implicated Stadmire, detectives interviewed both Stadmire and Charles Boyd, Stadmire’s accomplice in a rape that occurred one month after the attack in this case. Boyd told police that Miller and Stadmire had raped and robbed the victim while he waited outside as the lookout. A jury convicted Stadmire and sentenced him to 43 years in prison; Boyd plead guilty and was sentenced to five years in prison.

In 2015, the Ohio Innocence Project became involved in Miller’s case. Upon further investigation, they recovered police reports that showed inconsistencies in the victim’s identification of Miller. These reports had not been turned over to Miller’s defense at the time of trial.

The Ohio Innocence Project then requested that the rape kit be re-tested using advanced technology that was not available at the time of trial. The testing revealed a second profile—in addition to Stadmire’s—belonging to Boyd. The state then tested other items at the crime scene, which further confirmed Miller’s innocence.

Miller is the 27th person freed by the Ohio Innocence Project and the 10th exoneration in the last 3 years.