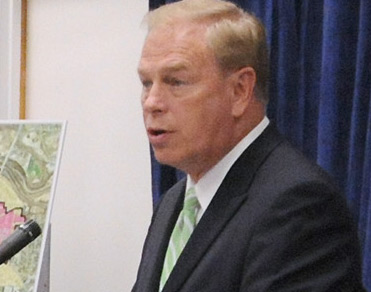 wrote to prosecutors across the state

yesterday urging them to allow DNA testing in seven criminal cases where it has previously been denied. The cases in question include one man on death row, two prisoners serving long sentences, three who are out of prison and want to clear their names and one who died in 2006.

The testing – which could confirm guilt or prove innocence – has been opposed by prosecutors and denied by judges in the past.

Strickland told the Columbus Dispatch that he doesn’t have the power to force prosecutors or judges to grant DNA testing but said prosecutors should provide evidence “as a matter of public policy.”

“I really think it’s irrational not to take advantage of methods that could establish either guilt or innocence when those technologies are available to us,” Strickland told The Dispatch. “I can think of no good argument why anyone would be denied DNA testing if, in fact, there is a reasonable or relevant opportunity to bring clarity to whether or not someone is guilty of a crime.”

Five of the seven cases highlighted by Strickland and Cordray were part of an investigation the Columbus Dispatch conducted in 2008.  In collaboration with the Ohio Innocence Project, the paper reviewed more than 300 cases for DNA testing.  Attorneys agreed that testing was necessary in 30 cases and was ultimately approved for 18.