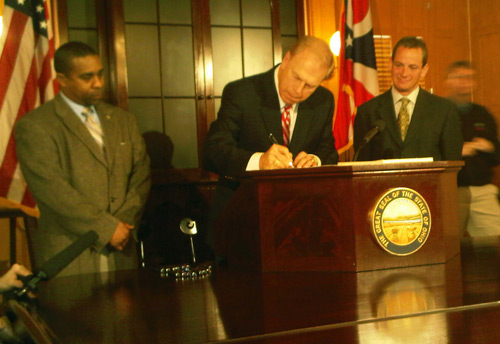 The Innocence Project and the Ohio Innocence Project have worked for several years to bring about these changes, and one Ohio lawmaker called the package “one of the most important pieces of criminal justice legislation in this state in a century.” Among other changes, the new law creates:

• A requirement for preservation of DNA evidence in all cases of serious crime, such as homicide and sexual assault

• A requirement for police lineups and photo identification procedures to be conducted in double-blind fashion, meaning the officer who oversees the eyewitness procedure with the witness does not know who among the sample pool is the suspect

“In the months and years ahead, policymakers around the country will look at what Ohio has done and understand how they, too, can create a more fair, accurate and reliable criminal justice system,” Brown said.

Read the full text of the bill