Of Teens and Tunnel Vision 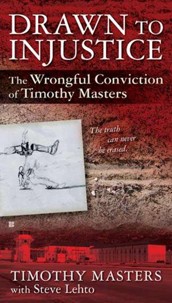 
From the day he discovered Peggy Hettrick’s body in a field behind his home, Timothy Masters began his 24-year fight to be cleared of the murder. In his newly released book, Drawn to Injustice, Masters—with co-author Steve Lehto—recounts his emotional odyssey from 15-year-old daydreamer, to principal suspect in a murder investigation, to convict, to exoneree.

Masters’ experience emphasizes the vulnerability of young people to wrongful prosecution and conviction and the importance of educating teens about their rights. Still a juvenile, Masters withstood days of interrogation from veteran investigators without an attorney or a parent present. Investigators took advantage of their legal right to mislead Masters, saying that the evidence implicated him, and that he had failed a polygraph examination.

Young people are particularly prone to confessing to crimes they didn’t commit—of the 32 juveniles whose wrongful convictions were later overturned through DNA testing, the majority (66%) falsely confessed. Masters resisted the accusations and continued to insist on his innocence. However, he and his father did consent to a search of their trailer. The items recovered from this search would come to constitute the entirety of the state’s circumstantial case against him.

Fort Collins Police Officer Jim Broderick uncovered a large collection of Masters’ drawings and writings, and used these as evidence of Masters’ violent intentions, zeroing in on him even when evidence incriminating other suspects began to surface. Masters’ doodles involved violent scenarios reminiscent of military battles or horror movies. None of the drawings depicted the kind of sexual violence perpetrated against Hettrick.

Broderick’s relentless pursuit of Masters continued for over ten years until Masters’ arrest in 1998. As well as the writings and drawings, the prosecution used as evidence the fact that Masters’ dead mother had the same hair color as the victim. (She did not.)

Despite the egregiousness of the injustice, Masters and Lehto approach the narrative with a level hand. Over 400 pages, the book is nevertheless a quick read, wonderfully clear and chronological. The story will enlighten any reader, but will particularly resonate with young people. Drawn to Injustice should be recommended reading in high schools across the country.

To read more about

how young people are effected by wrongful convictions

For a list of other books about wrongful conviction, see our